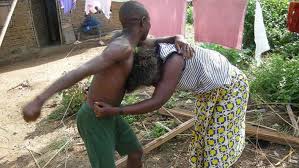 A 63-year-old Susu (Rotating Savings) collector, has appeared before an Accra Circuit Court for allegedly battering his wife with a piece of metal for receiving too many night calls.

Richard Odonkor alleged that his wife, Faustina Laryea, had been receiving calls from her boyfriends.

Madam Laryea is said to have suffered severe head injuries which had affected her brain. She is unable to walk well and she had to be assisted from the Courtroom to the house.

Charged with causing harm, Mr Odonkor has pleaded not guilty.

The Court, presided over by Mrs Christiana Cann, admitted Mr Odonkor to bail in the sum of GH¢30,000 with three sureties, two to be justified.

The court ordered the prosecution to file its witness statements and all documents it intended to rely on. It further directed prosecution to serve the accused person with all processes.

The matter has been adjourned to March 15.

Sergeant Opoku Aniagyie, who held the brief of Chief Inspector Judith B. Asante, said the complainant “is the wife of the accused and they both reside” at Teshie, Accra.

Prosecution said for some time now there had been a misunderstanding between the accused and the complainant because Mr Odonkor had accused his wife of “picking calls suspected to be from her boyfriends in the night.”

Due to this, the Prosecutor said on January 15, this year, at about 2:00 am, an argument ensued between the two and in the process, Mr Odonkor pounced on the complainant and subjected her to severe beating and injured her with the metal.

Prosecution said the complainant managed to escape to lodge a complainant with the Police at Nungua Domestic Violence and Victim’s Support.

The complainant was given a medical report to seek medical care at the hospital. Later, Mr Odonkor was arrested.