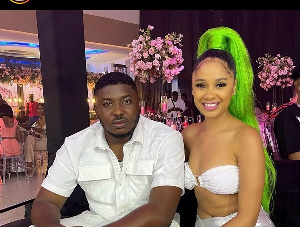 Derby and David step out in matching colours

Singer explains the bond between herself and her boyfriend

Singer Mona4Reall celebrated her 30th birthday over the weekend with friends in attendance, including Sister Deborah.

It didn’t come as a surprise when Derby walked in with her lover, David.

The couple have always made it a point to step out in style at public gatherings and events.

The ‘Uncle Obama’ singer has explained that she doesn’t drag her man along to events, but instead, they both love to party, which is why they are always spotted together.

On Wednesday, Derby flooded her Instagram page with photos from Mona’s party that captured her partner, David.

The lovebirds wore a touch of white for the lavish party that had in attendance a host of stars.

However, Derby spiced up her look with a neon high-pony hairstyle.

“A couple that parties together… is made up of individuals who love to party,” she wrote.

Bloggers and photographers on the night of the party had their cameras focused on the couple who couldn’t keep their hands off each other.

Check out some photos below: 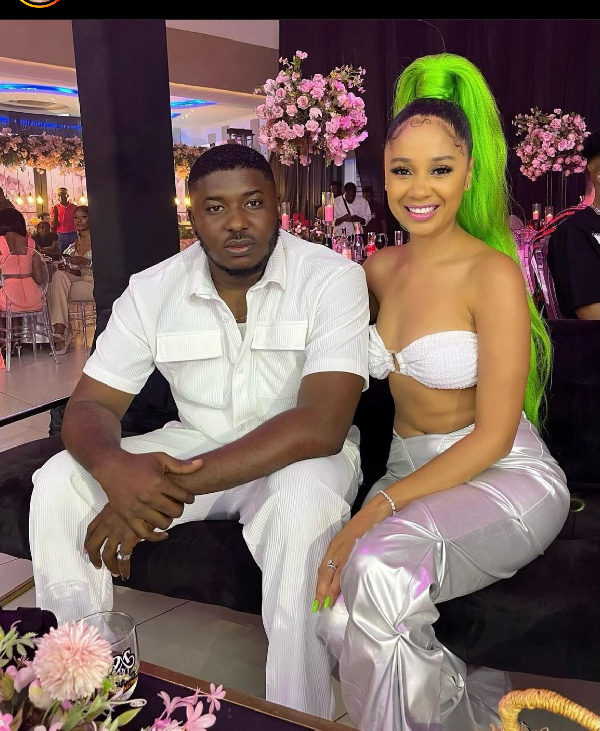 Previous Shatta Wale fined Ghs2,000 after pleading guilty to publication of false news
Next Beverly Afaglo gives a breakdown of how much Jackie Appiah earns per movie