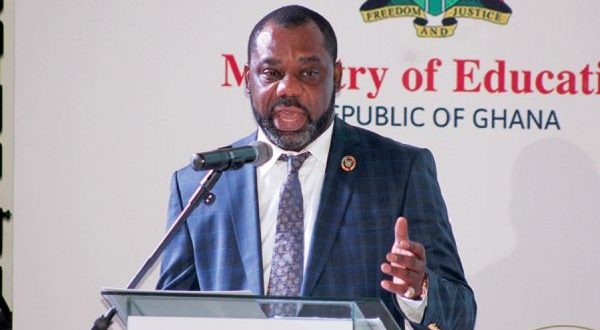 The Education Ministry has deleted sections of the Pre-Tertiary Education Bill.

The deleted sections have to do with the decentralization of the education service.

A statement from the Ghana Education Service said the decision was taken after a meeting with the various unions within the education sector.

The letter signed by the Director-General of the Ghana Education Service, Prof. Kwasi Opoku-Amankwa, and sighted by Citi News stated that: “After a meeting with representatives of the unions in Education on Wednesday 20th May 2020, I am directed by the Hon. Minister of Education to inform you that the Ministry upon reflection has decided to delete the sections which deal with decentralization of the Education Service namely; sections 29, 30, 31, 32, 33, 34, 35, 36 and 37 of the proposed Pre-Tertiary Bill.”

The Bill, when passed, will among other things see basic schools, Senior High Schools and TVET institutions being managed by District Assemblies, Regional Education Directorates and a Director-General, independent of the Ghana Education Service.

The coalition of unions under the Ghana Education Service (GES) had insisted it will continue to resist the new Pre-Tertiary Bill because of the lack of consultation and other reasons.

According to the teachers, the Bill only seeks to give more appointing powers to the political class to the detriment of quality education and the welfare of teachers.

In almost every region in the country, the teacher unions vowed to reject the Bill which they fear will see basic schools, Senior High Schools and Technical and Vocational Education Training (TVET) being managed by the District Assemblies, Regional Education Directorate and a Director-General independent of the Ghana Education Service.