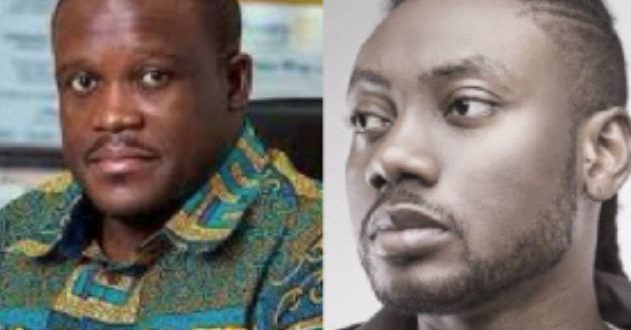 Rapper, Pappy Kojo, did not find it easy in the hands of Sam George after the former decided to poke the latter on Twitter, out of the blue.

Pappy Kojo got the clapback of the century after he slammed the Ningo Prampram lawmaker for bullying Deborah Vanessa sometime in July 2021.

It can be recalled that Sister Derby and Sam George went ballistic against each other on social media following their opposing views on the Anti-LGBTQ bill placed before parliament.

Sam George, earlier, in a bid to lambast Sister Derby who has since been advocating for the freedom of the LGBTQ society on social media, labeled her career as dead and rubbed her breakup with Medikal in her face.

“Hopefully, when you figure out what genre of music you can succeed at, we can have a forward-looking conversation. Until then, say hi to Medikal for me. Cheers,” Sam George’s earlier tweet read.

But six months down the lane, Pappy Kojo thinks Sam George’s comments to Sister Derby were extremely harsh and unfair.

He has therefore promised to seek vengeance on behalf of the ‘Kakalika’ hitmaker.

“Nah honestly I think it wasn’t cool of Sam George to come at Deborah Vanessa, when I’m sure he get sisters, I’m going to easily channel my energy to him when I’m done fighting the superstars & I lose.”

It was in this light that Sam George, in a sharp and savage response, took Pappy Kojo to the cleaners.

“Welcome to the game, over 6 months late. Damn, your processor is freaking slow. Took you this long to process? Guess I understand now why your musical career is long dead and buried and you’re still not aware. I’m off to listen to good music made in Ghana by Manifest. Cheers.”