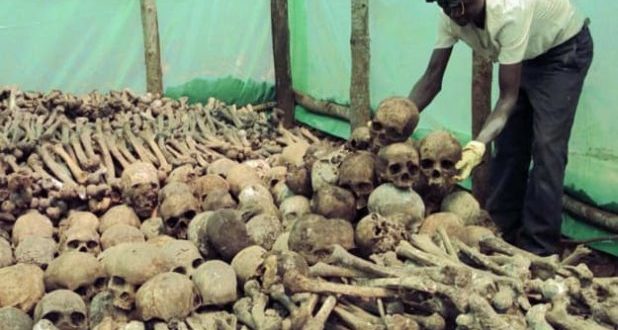 VIDEO: Rwanda mourns for the next 100days

7th April, 2019 marks the 25th anniversary of the start of the genocide in Rwanda, thus 25 years since the start of the genocide in Rwanda which begun on 7th April 1994. Approximately one million people were murdered in just 100 days. This day has been set aside to honour the victims and those who risked their lives to save others, the survivors and you their families, who have shown enormous courage to rebuild their lives since the genocide that devastated Rwanda 25 years ago. 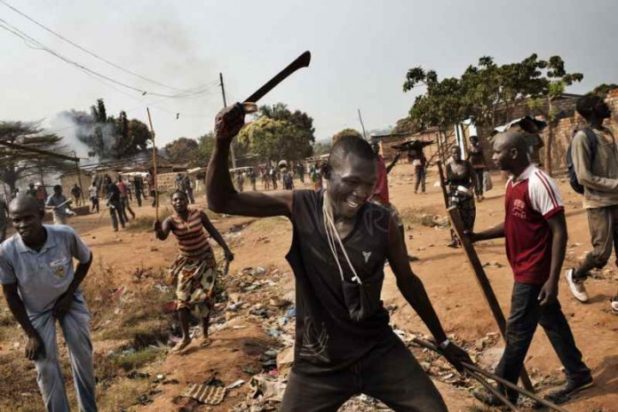 Most of the people killed were minority Tutsis, killed by ethnic Hutu extremists. President Paul Kagame, who led the rebel force that ended the genocide, lit a remembrance flame at the memorial in the capital, Kigali. 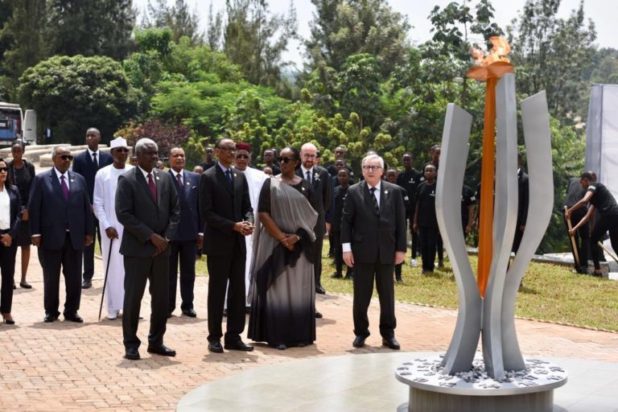 The commemoration activities began with the flame-lighting ceremony at the memorial, where about 250,000 victims are said to be buried. 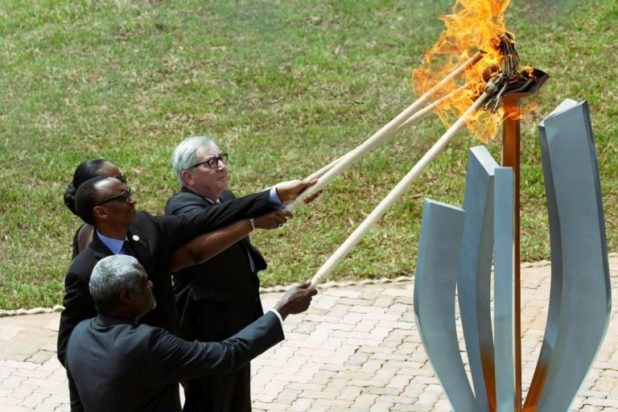 In a speech by the 61 year old President at the Kigali Convention Centre, Mr. Kagame said the resilience and bravery of the genocide survivors represented the “Rwandan character in its purest form”. Mr Kagame will then lead a vigil at the Amahoro National Stadium, which was used by United Nations officials to try to protect Tutsis during the killings. 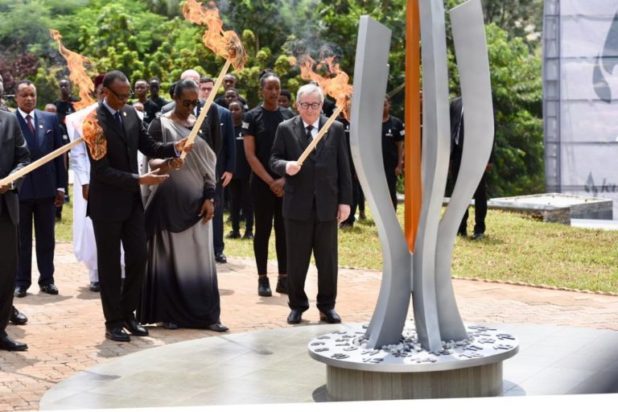 A mapped documentary about the genocide 25years ago. 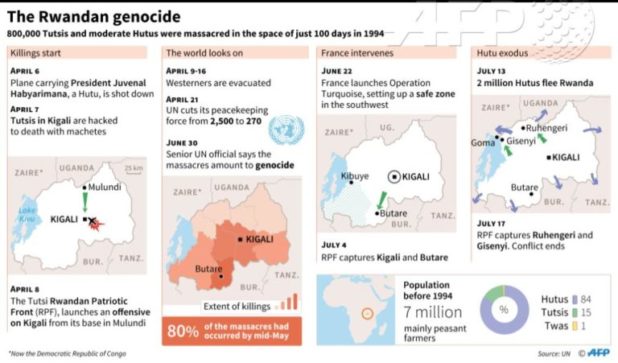