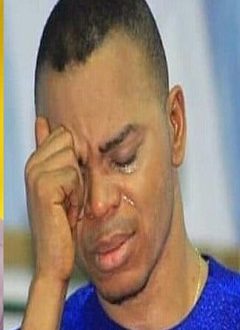 Founder and leader of International Godsway Chapel, Bishop Daniel Obinim’s church and all it’s branches collapse over failure to adhere to Covid-19 protocol.

The controversial man of God since the has been a drastic decrease in the number of Covid-19 cases and many go back to the former way of living that breech the protocols concerning the novel Corona Virus, some church and other business with mass gathering are also taking advantages of it.

Well, recently, Media personality, Naa Ashorkor and Black Star’s striker, Jordan Ayew have been tested positive for the novel Corona Virus which still makes it look serious for anyone who does not adhere to the measure to avoid contracting the virus.

Although Covid-19 is still around but it’s presence is not that scary like it used to be, some churches are still observing all the precautionary measures.

However, the Social distancing, washing of hands, two-hours longs service plus the others, has become way too much for lots of churches to adhere to the safety precautions..

According to reports, Obinim has closed down all branches of his church on the admission that the rules he has to observe to hold a service is too much for him to adhere to.

One of his junior pastors reportedly said;

“THE RULES ARE TOO MUCH FOR IGWC, OBINIM, AND FANS, WE CAN’T ADHERE TO THEM. WE DON’T WANT TO HAVE ANY ISSUES WITH THE GOVERNMENT. IF I WANT TO GO BY THE PROTOCOLS I WILL BE CONDUCTING A LOT OF SERVICES. FIRST, SECOND, THIRD, AND EVEN MORE THAN A HUNDRED.”