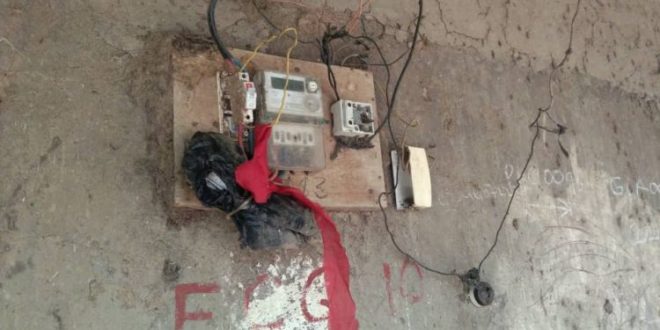 The Yilo Krobo Municipal Security Council (MUSEC) is set to meet with leaders of all churches in the Yilo Krobo Municipality and traditional leaders as part of efforts to iron out issues regarding the ongoing prepaid meter installation exercise by the Electricity Company of Ghana in the Krobo enclave.

Youth groups in the Lower Manya Krobo Municipality have raised strong resistance against the introduction of prepaid meters and the ECG’s use of military personnel in the exercise.

The Municipal Chief Executive and head of MUSEC for Yilo Krobo, Eric Tetteh, who told Citi News that the pilot exercise in Somanya has been smooth, said the upcoming engagements form part of moves to get all stakeholders on board for a smoother exercise.

“This ECG problem has brought the Krobo area in the news and for me, it is as a result of lack of information. Ever since I became the MCE, we have had about two stakeholder meetings organized by the ECG where stakeholders like chiefs, the clergy and the assembly members and the groups in Somanya attended. What I have realized is that those who represented various groups, when they leave, they do not go and report to their members. Otherwise, people will not be saying they don’t know what is going on.”

He added that: “I have a platform in which I interact with the pastors, and we have agreed that tomorrow at 3:00pm, we should meet at the municipal assembly so that we could really look at where we have gotten to and the support that we want them to give to the process. The prepaid meters came in because the ECG workers were threatened, some were attacked, and their union asked management to close down the place because if anything happened to their staff they were going to hold management responsible. That is why some time ago they closed down the place. It took the IGP to help restore the power to the people.”