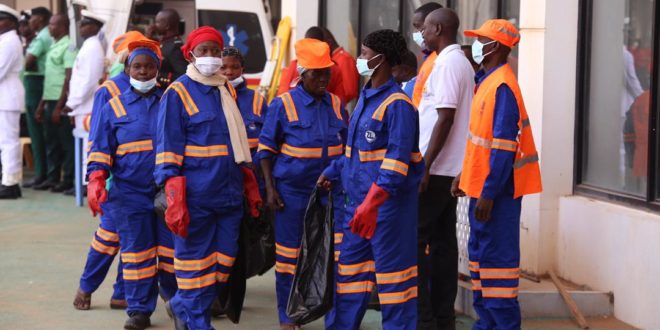 Zoomlion Ghana LimitResidents Of Tamale Lauds Zoomlion Ghana For Making Historic 62nd INDECE Anniversary Spectacular!ed the waste management giant has given Tamale, the regional capital of the Northern Region a sanitation boost and urge to continue to keep their environment clean during and after the 62nd Independence Day Anniversary celebration.

The company started the celebration preparation by thoroughly cleaning the city of Tamale and it’s environs to ensure that the city befits the President H. E. Nana Addo Dankwa Akufo-Addo’s vision of a clean Ghana.

All major roads were cleaned and washed with mechanized street sweepers and men, all curbs painted, branding of the principal streets with the national colours and the introduction of astro turf technology at all round abouts making them so green and colourful among others.

Hundreds of men were deployed by the company through the week long preparation to ensure a cleaner Tamale.
Also, the company provided sweeping and cleaning services at the venue of the programme, the Aliu Mahama Sports Stadium, water to service all the washrooms, positioned waste bins on the streets and at vantage points in and around the stadium to further enhance the cleanliness of the city and the stadium.

In an interview, the Group Head of Communication of the Jospong Group of Companies, Mrs. Sophia Lissah, appealed to the media to intensify public education to augment Zoomlion’s routine public education programmes to educate the populace on proper and acceptable waste management practices. She urged citizens of Tamale and visitors to continue to keep the environment clean to attract tourists to boost the Ghanaian economy.

Mrs. Lissah gave the assurance that Zoomlion will continue to do the daily cleaning and create the needed awareness to ensure a clean environment saying that is “the job we have chosen for ourselves but the people owe it a duty to ensure the waste is properly kept for collection and onward management.”

The Regional Minster Alhaji Salifu Saed and other government officials were full of praise of the excellent work done by Zoomlion in making the Tamale City clean and colourful for the historic independence day celebrations.

He reiterated the need for sustaining the clean environment and beautify the city.

The Northern Regional General Manager, Mr. Peter Dawuni, appealed to residents to take advantage of the nationwide one million nationwide bin distribution exercise being undertaken by Zoomlion to adopt a waste bin in their households in order to keep their refuse for appropriate management.

Mr. John Emmanuel Kwose a Ph.D student of the University for Development Studies and a development worker in an interview described the neatness of Tamale during the one week into the anniversary as the cleanest city in the world taking the President H.E. Nana Addo Dankwa Akufo-Addo for the innovation of regionalizing the independence anniversary and making the city of Tamale this clean.

He was however quick to express his doubts if the neatness of the city was anything that could be sustained.

“My only fear is that the exercise could be political, because the president was coming to the region the power players did this to camouflage him and the president and after his visit we go back to the old days”.

Mr. Kwose who is also the Chief Executive Officer of Universal Developers Consultancy (UniDeC) commended Zoomlion Ghana Limited for the show of competence and capability to the Ghanaian society that they can really keep Ghana clean. He said the city is highly amazed at the work that Zoomlion had put in and urged the authorities to ensure that their activities are sustained and not occasional.

He said the forest reserves in the Tamale metropolis should be developed into forest resorts instead of leaving it for people to engage in open defaecation and amorous meetings.

A businessman resident in Tamale, Mr. Jones Pedavoah on his part called for the Metropolitan and Municipal authorities to allow Zoomlion to manage their roundabouts for a fee saying the beauty of the city lies in the beauty of our roundabouts and entry points.

He said due to the independence celebration I noticed some streets that were not swept by Zoomlion have been added for cleaning and urged the writer to ensure that all such streets are covered during their routine cleaning. 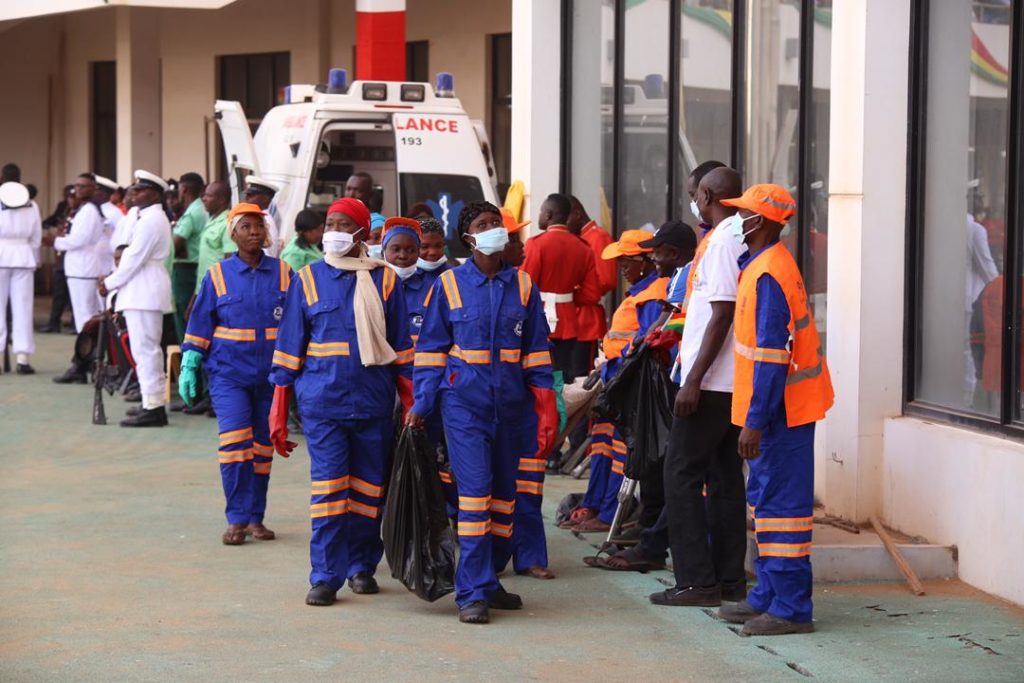 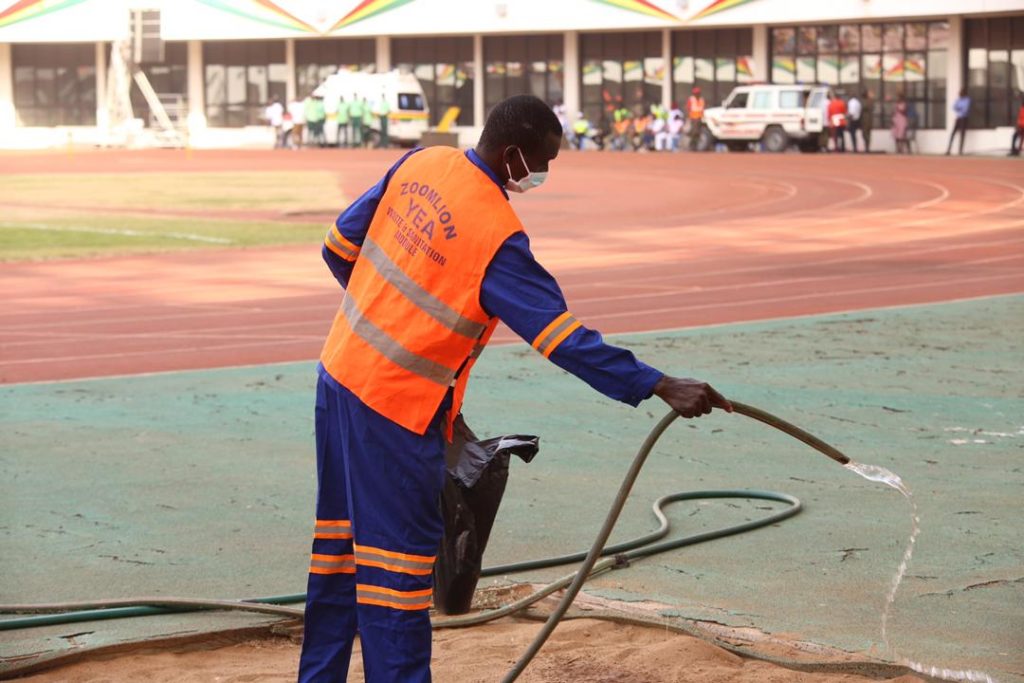 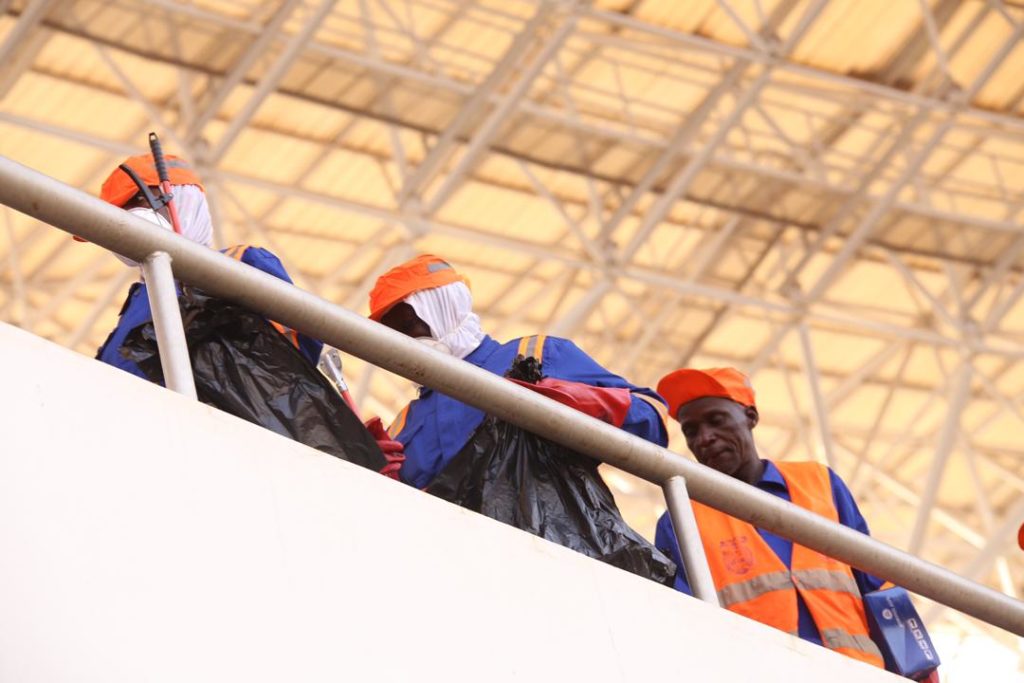 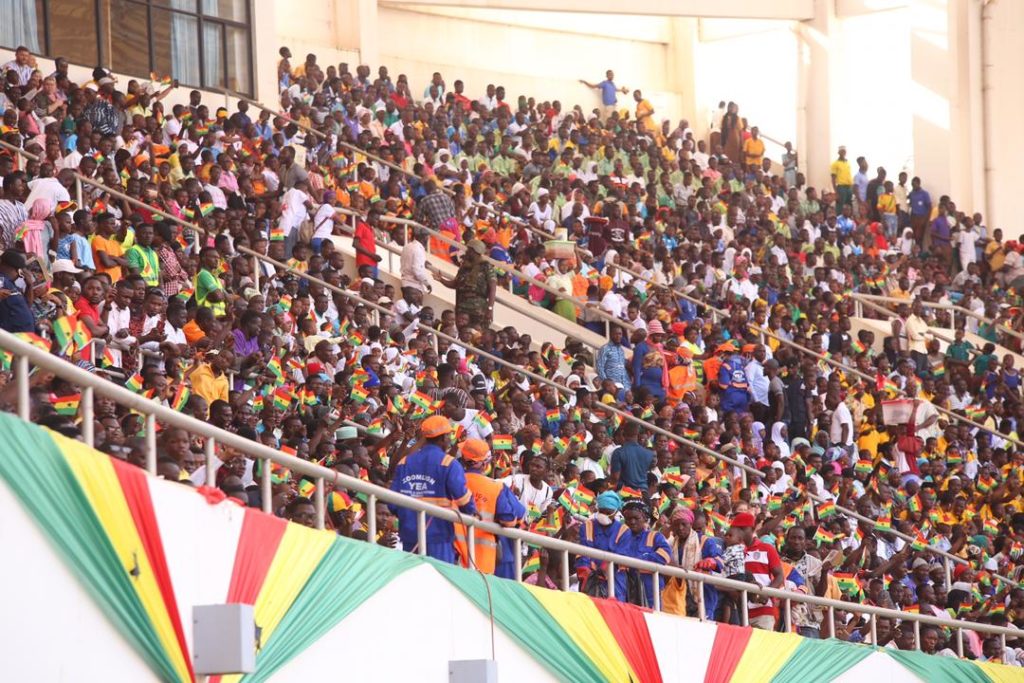 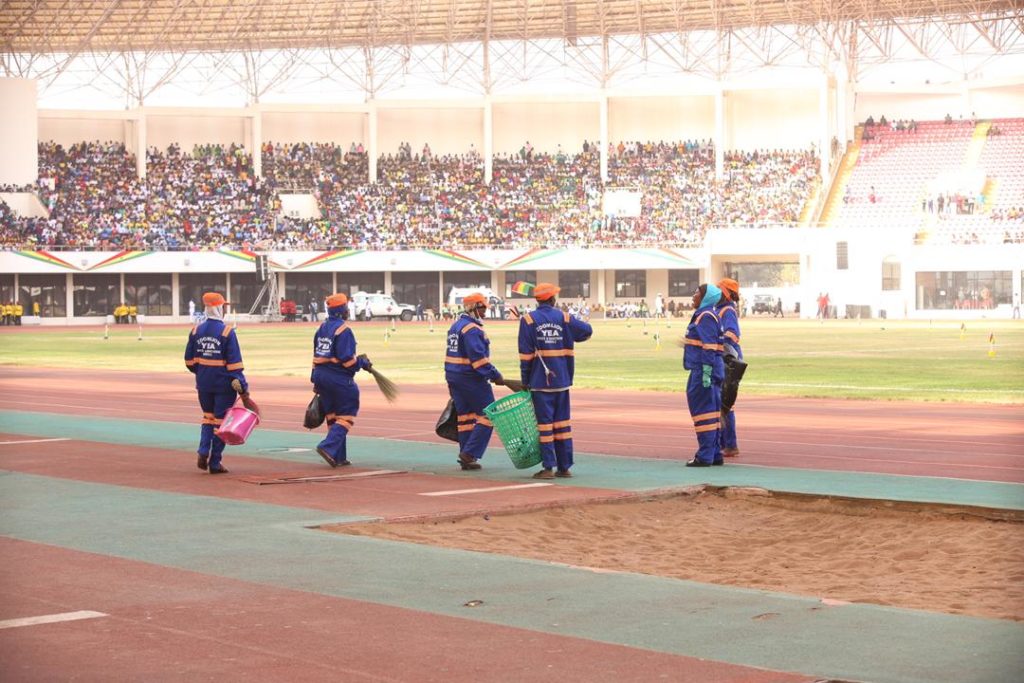 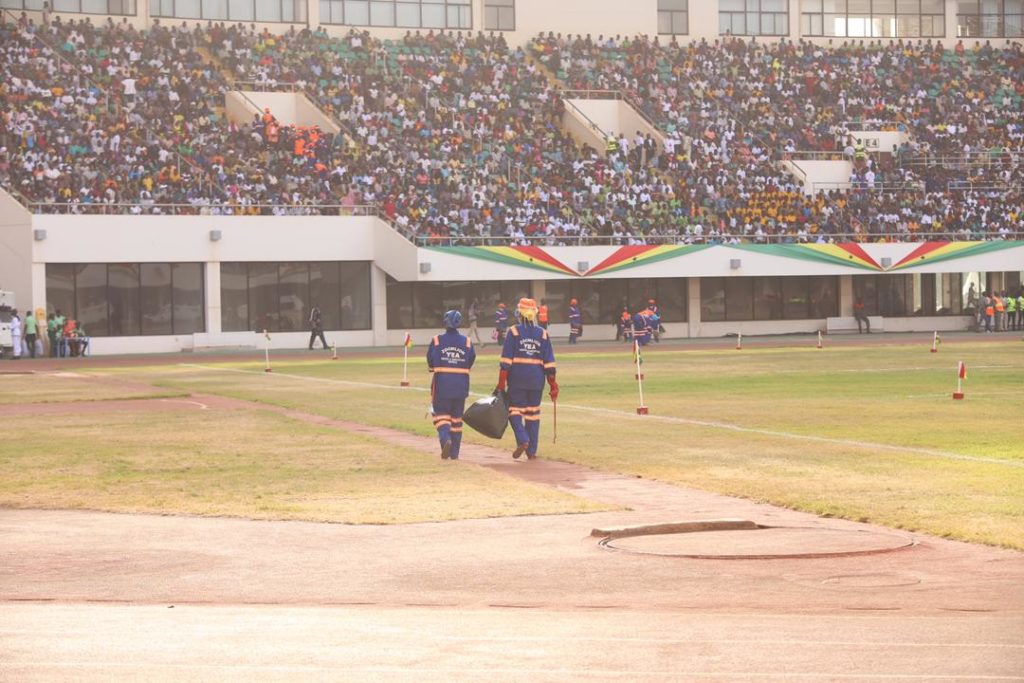 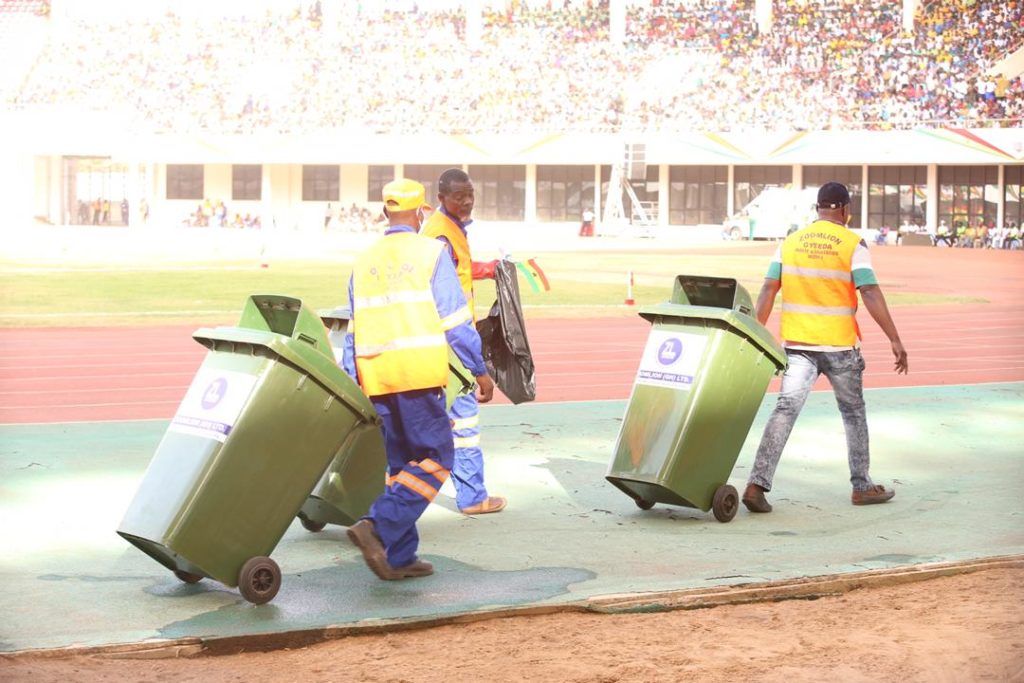