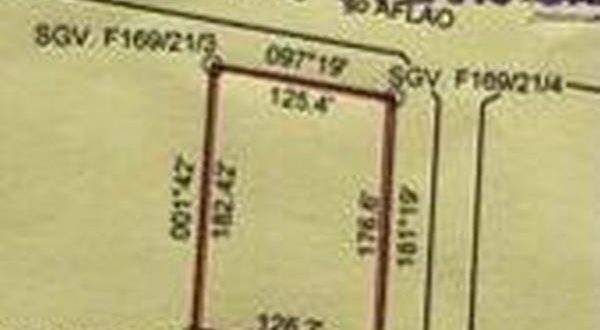 There has been a public outcry following allegations that a state land in the Volta Regional capital of Ho was sold for GHC41.00 by the Lands Commission.

The said land, alleged to measure about an acre, is located in an area allocated to the Ghana Meteorological Agency, off the Ho-Aflao road.

JoyNews has intercepted documents covering the lease, which indicated the piece of land, which actually measures 0.52-acres, was leased at a cost of GHC41 monthly for 50 years, and not sold.

Per a letter dated 2nd November, 2021, the Lands Commission initially agreed to lease the land at GHC3,200 per annum, subject to renewal every 3 years.

The lessee – International Diamond Resort Limited, a hospitality company – was also directed to pay a premium of GHC31,200 for the land.

However, on the 11th of November, 2021, another letter was addressed to the company indicating the rent for the 0.52-acre land was reduced to GHC500 annually.

“I am glad to inform you that the ground rent has been reduced from GHC3,200 to GHC500. Kindly pay the said amount and the other fees contained in the offer to enable us to prepare a deed of lease in your favour”, contained in the letter signed by the Volta Regional Lands Officer, Nukunu Nuviadenyo.

A cross-section of the public has questioned the motive behind leasing state land located in a prime area in Ho ‘at peanuts’ to private developers, who can acquire the land at a higher cost.

Another question is what informed the decision by the Lands Commission to reduce the rent from GHC3,200 to GHC500.

The public is also surprised about the citing of a high-rise building in a locality where the Ghana Meteorological Agency operates, which they feel may affect the operation of the organisation which provides weather services.

Lands Commission’s response to the allegations

Nonetheless, a rejoinder issued by the Lands Commission confirmed that the 0.52-acre land was leased for 50 years, but failed to state the rent.

It, however, explained that the reduction of the rent from GHC3,200 per annum was informed by negotiations with the lessee, International Diamond Resort Limited.

“The reduction in rent was a product of negotiation; a waiver for the first three (3) years after which the investor pays full rent to the State”, stated the rejoinder.

It also detailed that aside from the rent, there were charges which included premium, development fee, processing fee, and presentation fee.

The Commission confirmed that all the above charges were paid by the private developer before the land was released, adding that the said land was leased to prevent encroachment of the land and to generate revenue for the State.

“State lands like the Leprosarium acquisitions, School of Hygiene and others have seen uncontrolled encroachments over the years and the user agencies are either complicit or look on while individuals encroach on such lands.

The Commission, therefore, devised a policy as part of its management function, to grant such leases on the peripheries of threatened acquisitions to forestall encroachments of the lands.

The leasehold grant for International Diamond Resort Limited is, therefore, a strategic grant to prevent such encroachments”, the rejoinder stated.

The Commission, however, decried an attempt to lease out an acre of State land by a user agency to a private developer without informing the Commission, and urged the public to be rather concerned about such illegal attempts to rob the state of revenue.

“You will rather be concerned that at the material time a lease of the same piece of land has been made to another private company without notice to the Commission which has the mandate by law”.