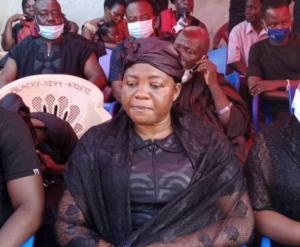 Political Scientist, Dr Alidu Seidu, says the seeming trend of replacing deceased Members of Parliament (MPs) with their spouse or relatives might pose a threat to sitting MPs.

“If you are not careful wives of MPs, who are not in good relations with their husbands, could be mischievous about this.

“Sometimes in the highest level of evil, hire an assassin to deal with your husband and you will automatically become the candidate and lead in the particular constituency,” he said.

His response comes on the back of the New Patriotic Party’s (NPP) selection of Ophelia Hayford to succeed her murdered husband, Ekow Quansah Hayford, as the parliamentary candidate for the Mfantseman Constituency.

According to him, politicians settle on the spouses of the deceased to win a political party sympathy vote.

Speaking on the quality of people elected to Parliament, he said the selected relatives may not have the requisite skills and competence of the deceased spouses.

“Skills and competence are not transferable and you can’t inherent them,” he noted.

He reiterated that the trend might be a precedent that could be abused and could pose danger to MPs who are not in good terms with their spouse or relatives.

Previous The Nation Is Not Progressing Because Teachers Are Not Well Catered For As They Deserve
Next [PHOTOS]: Michy causes stir with see-through dress