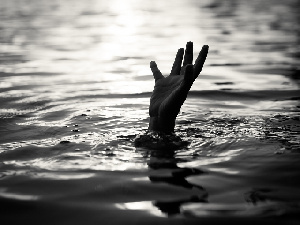 A personnel of the Ghana Police Service has drowned in River Sui at Awukukrom, a suburb of the Suaman District of the Western North Region.

The victim, Lance Corporal Nuhu Abubakar, drowned as he and his colleague officers from the Sehwi Wiawso Divisional Command, were pursuing illegal small-scale miners (‘galamseyers’) on the river, onuaonline.com reports.

The report indicated that Nuhu Abubakar drowned as he was trying to pull out some of the equipment used by the illegal miners from the river.

The Assemblyman for the area, Stephen Otoo, who confirmed the incident, said that the chief of the area called him to inform him that one of the officers who was helping with the fight against ‘galamsey’ had drowned.

“The ‘galamseyers’ with the ‘changfan’ have been here for a while. So, the chief called me today that some police officers have come to clampdown on the illegal miners. He called me back and told me one of the officers has fallen into the river and hasn’t been found since.

“I returned from where I was, to meet a huge crowd at the scene. So, when he was retrieved from the river, he was dead,” he is quoted to have said by onuaonline.com.

“The police have been coming once in a while. This is the first time such an incident has happened here,” he added.

The report further stated that the mortal remains of the victim have been deposited at the Sehwi Wiawso Government Hospital morgue for autopsy and further investigation.

The Ghana Police Service in a statement on late Tuesday, confirmed the incident.