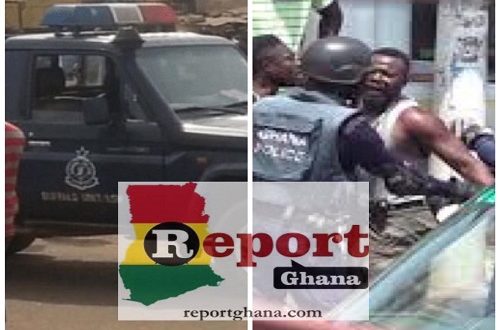 The police have launched a manhunt for the arrest of a suspected jujuman who allegedly ordered the Kasoa teenagers to supply human parts for money rituals.

The spiritualist is said to be domiciled in the Volta region.

Following the arraignment of the two teenagers who allegedly killed a 10-year old boy to supply the body to the Volta jujuman, the police say they are making efforts to pick up the said spiritualist for interrogation.

The two teenagers, Felix Nyarko aka Yaw Anane and Nicholas Kwame Kini were remanded after appearing before a Kasoa District Court presided over by Rosemond Vera Ocloo charged with a conspiracy to commit murder and murder.

They are to reappear before the court on April 20.

Their pleas were not taken by the court.

The suspects were said to have lured the10-year old boy during the Easter holidays to an uncompleted building and allegedly murdered him for money rituals.

According to the prosecutor, the suspects, Felix Nyarko and Nicholas Kwame Kini aged 16 and 17 respectively, conspired and killed Ishmael Mensah Abdallah at Coca Cola, near Lamptey Mills in Kasoa, in the Central Region.

Giving the details, prosecutor said the first accused was attracted by the money-making prowess of a spiritualist through a television commercial.

According to the particulars of offence as contained in the charge sheet, the two accused persons agreed to act together to commit murder.

According to the investigator, Detective Chief Inspector Japhet Agyeman, the accused persons both live at Kasoa and have been friends since 2008.

Felix Nyarko, the first accused, is said to have been fascinated by television commercials about spiritualists who can make people instant millionaires.

He narrated the story to his friend Nicholas Kini, who recommended a spiritualist in the Volta Region for them to actualize their dreams.