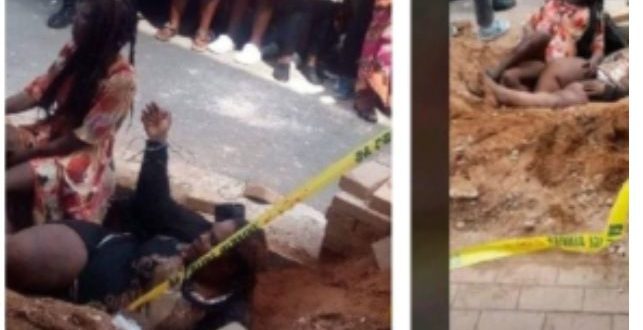 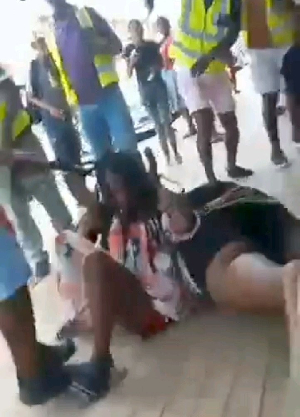 The South African social media space is on fire after what happened in Port Shepstone as people throw in their respective views on how two (2) female Pick Pocketers were brutally beaten after being caught in the act by some green vest vigilantes.

As reported by the official Vehicle tracker’s Twitter page, two (2) female pickpockets got the beating of their lives after attempting to steal from an unnamed passerby in Port Shepstone.

When the guys in green vests showed up, locals knew how the story would end and I’m very sure that after that terrible beating, the two suspects will think twice before committing another crime.

Meanwhile, not everybody is pleased with how the two ladies were treated. According to some social media users, the act was pure gender-based violence and should be treated as such, but the same people don’t speak up when male suspects are beaten up and even burnt for petty crimes.

Below are some of the comments made by social media users after watching the video clip of what went down in Port Shepstone; 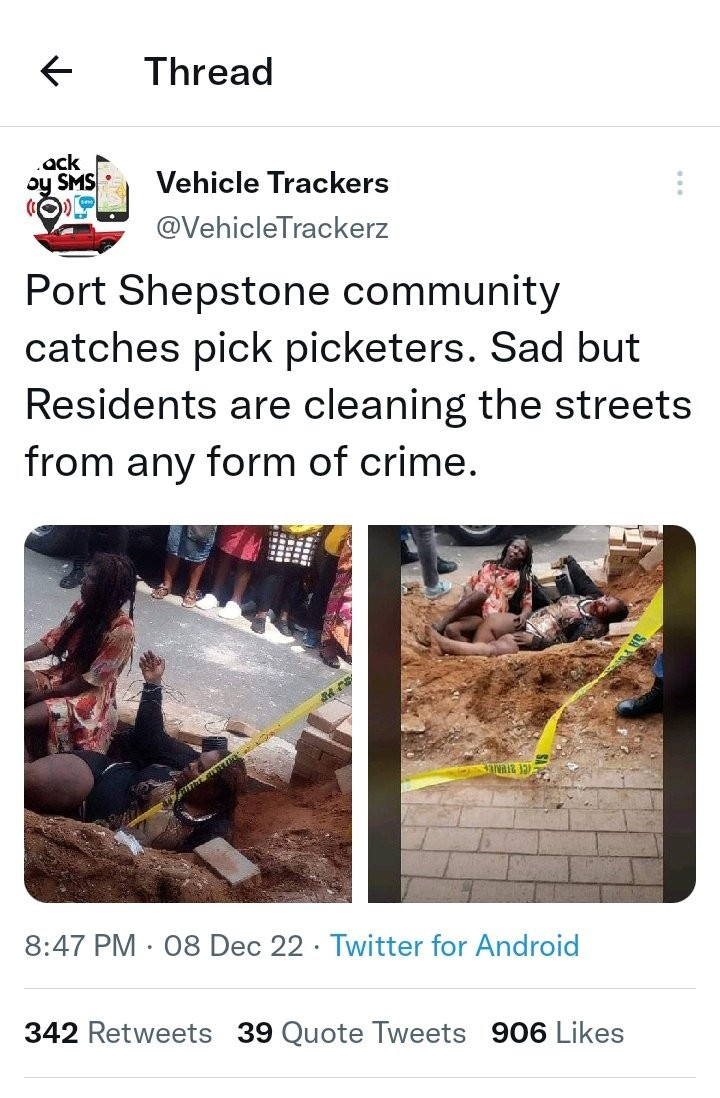 Previous LIVESTREAMING: Way forward for Black Stars after a disappointing exit from World Cup
Next US police kill 23-year-old Ghanaian who stabbed his parents