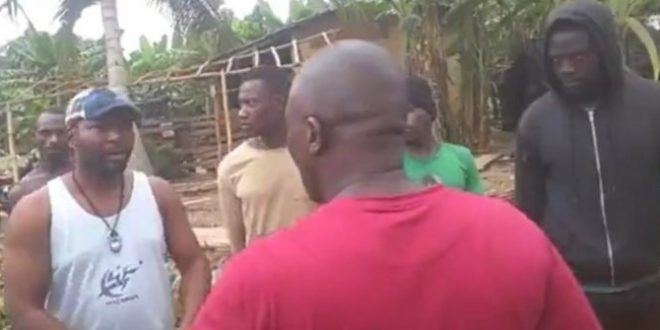 About nine illegal miners have been arrested and their equipment decommissioned on River Offin in the Atwima Mponua District of the Ashanti Region.

They were arrested on Sunday in a joint operation by the Nyinahin District Police and National Security led by the District Chief Executive (DCE), Isaac Kofi Marfo and his taskforce.

The miners are said to mainly include foreign nationals from Togo.

The DCE, Kofi Marfo, speaking on the arrest, commended the taskforce and the security services for the swift action and condemned the negative activities of the illegal miners.

To him, it was a vindication against his persona over claims of owning concessions and allowing illegal miners to freely operate in the area.

He further indicated that he will not relent and will continue to support the government’s fight against the menace which has become a burden on state coffers.