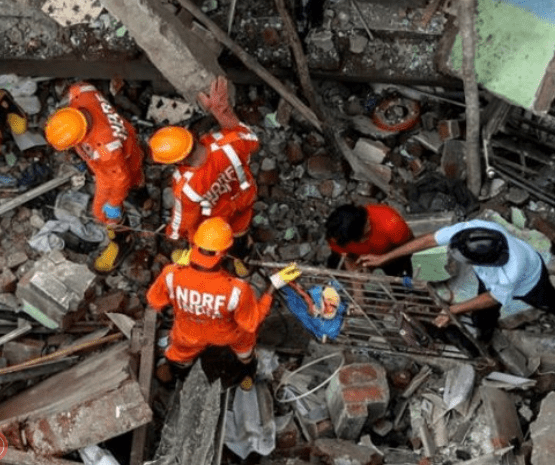 The  Assembly member for  Bibiani Anwhiaso Bekwai, Zakari Mubarik, has advocated that residents should develop a maintenance culture with regards to their buildings.

His caution follows the death of a 31-year-old pastor when a building collapsed on him at Bibiani Old Town.

“I am saddened by the death of the man. We are all deeply worried by the pastor’s passing. Old Town is one of the oldest in the region and is sited close to the mines. Due to the blasting and other mining-related  activities over the years, our buildings have been badly affected”.

The deceased, whose name was given as Ebenezer Atta Armoh, was in asleep around 12:30pm on Saturday, September 25, 2021 when the building fell apart.

Some neighbours quickly went to his rescue and rushed him to the hospital but he was pronounced dead upon arrival, with his body deposited at the Bibiani Government Mortuary.

Mr. Zakari Mubarik also called on government and NADMO officials to come for inspection and monitoring purpose within the town to identify all badly affected buildings and advise their owners to do the needful.

Barely 24 hours after the collapse of the first building, another building  went down in a similar fashion.

However, there were no lives lost.

An eyewitness, who confirmed the incident to Angel TV’s Kofi Gyabaah, stated that, “I was cleaning the room when someone called me outside. I was on my way back to the room when the building fell apart. Though I’m not hurt, our belongings have been destroyed and we need help from NADMO”.

Previous Armed Robbers Invade Bridget Otoo’s Shop; Make Away With Cash Amid Gunshots
Next Angry Omanhene of Axim closes down Nzema FM over desecration of stool