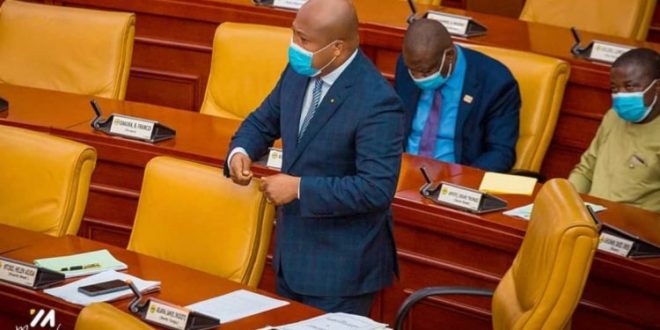 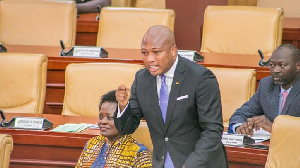 Member of Parliament (MP) for North Tongu Samuel Okudzeto Ablakwa has described the passage of the electronic transaction bill (E-Levy) as a “ridiculous nullity.”

According to the North Tongu legislator, going by the Supreme Court’s verdict, the E-Levy has not been passed.

The E-Levy was passed on Tuesday, 29 March 2022 after the Minority staged a walkout of the House.

Reacting to the passage of the bill in a post on Facebook, the North Tongu MP said: “You thought we will give you the pleasure of returning to court for a declaration that the Assin North MP shouldn’t have been present in the Chamber to vote so that you can claim a 137-136 victory for the E-Levy.”

He indicated that: “With our strategic walk out, you fall short of the required 138 quorum under article 104(1) of the 1992 Constitution and as affirmed by the Supreme Court in the recent Justice Abdulai case.

“There can be no contention about Hon. Adwoa Safo’s absence from today’s proceedings.”

Mr. Ablakwa added: “Trust your NDC representatives, we have a conscience, and we know that the real power belongs to you.

“Going by the Supreme Court’s decision, the E-Levy has not been passed. What transpired today is a ridiculous nullity!”

Parliament, today, Tuesday, 29 March 2022, passed the controversial e-levy bill into law under a certificate of emergency.

The one-sided house passed the bill after Finance Minister Ken Ofori-Atta moved the motion for its consideration.

After the proposed amendments were made and the bill deemed read for the third time, Speaker Alban Bagbin said it has been “passed”.

The Minority Caucus staged a walkout in parliament minutes after the previously unscheduled motion was moved.

“The object of this bill is to broaden the tax base of this country by imposing the levy on electronic transfer and enhance government’s drive for revenue mobilization”, Mr. Ken Ofori-Atta said on the floor, adding: “The levy, which is expected to raise GH¢6.9 million in 2022, is a key mechanism that the government will use to ensure Ghanaians contribute their fair share toward the development of the country”.

“In the spirit of cooperation, the government has decided to reduce the rate of the levy from 1.75 to 1.5 percent of the transfer”, he told parliament.

Mr. Ofori-Atta noted: “At the consideration stage, I will bring the necessary amendments to reflect the changes”.

Minority Leader Haruna Iddrisu, however, stressed his side’s objection to the bill and accused the government of sneaking it in.

“When the business statement was presented last week, it [e-levy] was not part of the business approved for the house”, he observed.