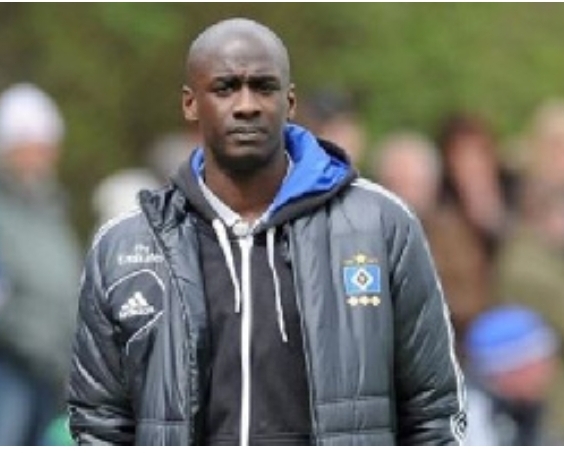 Addo, was part of Milovan Rajevac’s technical team that has been disbanded after Ghana’s poor campaign at the 2021 Africa Cup of Nations [AFCON] in Cameroon.

Ghana exited the 33rd edition of the continent’s most prestigious tournament at the group phase for the first time in 2006.

On Monday, Footballghana.com reported that Kurt Okraku, who is the president of the Ghana FA, together with Tony Baffoe, a former Ghana international and Bernhard Lippert, who is the technical director have flown to Germany to hold talks with Addo over the Black Stars coaching job.

However, after talks, Otto Addo has agreed to take over the Black Stars job but he has asked the Ghana FA officials to hold talks with Borussia Dortmund on their intention to hire him as a national team coach.

Meanwhile, the Ghana government are also pushing for the appointment of Chris Hughton as the head coach of the team.

A meeting was held at the Jubilee House on Monday and the former Premier League coach has been assured of the job by the government.

Otto Addo however missed the AFCON campaign due to his schedule at the German club side.

Otto Addo was part of the Black Stars squad that qualified the country for its maiden appearance of the Fifa World Cup in Germany in 2006.

Black Stars next international assignment is against Nigeria in the 2022 World Cup playoff in March later this year.

The winner of the two-legged tie will book a place in the Mundial in Qatar next year. Having missed out in 2018 in Russia, Ghana will be hoping to return to the global showpiece.

Previous AFCON: useless and meaningless tournament must be abolished
Next Chris Hughton: All you need to know about Irish-Ghanaian football coach