Some thugs believe to be from the camp of the Ga West Municipal Chief Executive, Clement Nii Lamptey Wilkinson have allegedly assaulted the party’s coordinator at Nsakina Electoral Area.

The victim, Mr. Edmond Tetteh Tawiah, who is now receiving treatment at an undisclosed hospital in Accra, reportedly recorded audio and posted it on the party’s WhatsApp platform.

The said file was against the MCE’s decision to sack the market women from the pavement along Amasaman street.

In Edmond Tetteh’s opinion, the MCE should have consulted the MP of the area, Hon. Afrifa Mensah, before coming out with his decision of sacking the traders.

However, the comments did not go down well with the MCE as he was made to apologize through the same medium which he did.

Subsequently, the MCE allegedly ordered his thugs who stormed the residence of the victim with the Ga West Municipal Assembly vehicle on Tuesday afternoon and brutally assaulted him.

He reportedly suffered degrees of injuries on his shoulders, neck, mouth, and was also left with bruises on his face.

He has since lodged an official complaint at the Amasaman Police station where he was given a medical form to seek medical treatment.

The thugs have since their rudeness action threatened to deal with the victim and anyone who drags the name of the MCE into the mud.

So far no arrest has been made yet.

Meanwhile, attempts to reach the MCE to hear his side of the story prove futile at the time of filing this report. 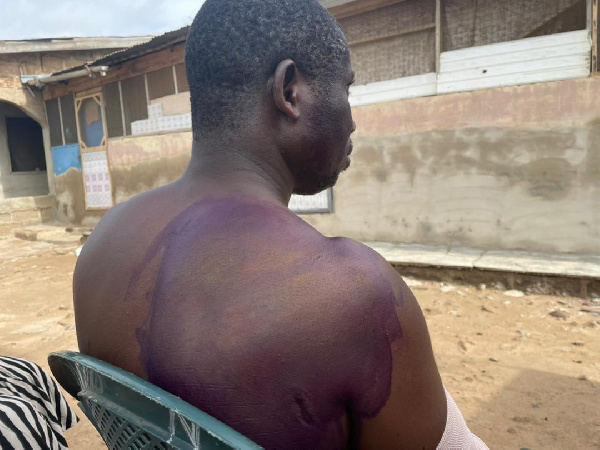 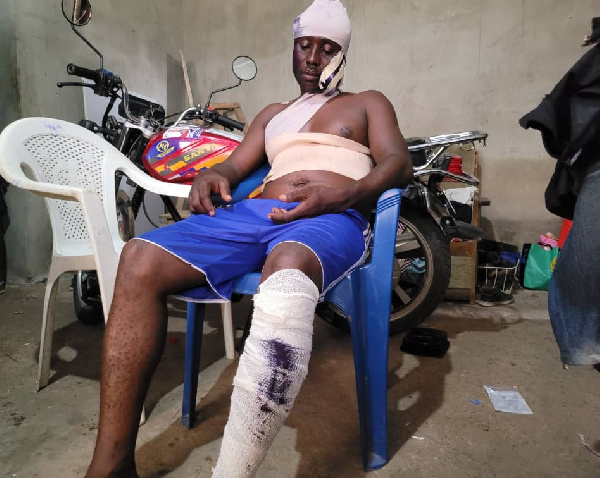 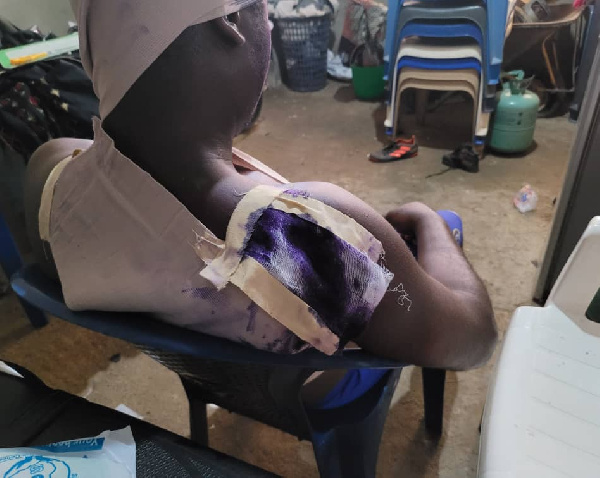