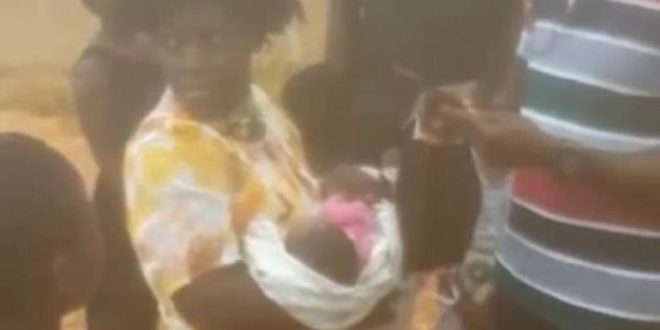 A newborn baby boy with umbilical cord intact has been abandoned on a street in Obuasi in the Ashanti Region.

The boy was discovered by Angela Kudomo, a resident of New Baakoyeden community in the Obuasi municipality, wrapped in a white knitted cloth along the Kumasi-Obuasi road shortly before daybreak.

Angela then took the baby to the Obuasi Government Hospital where he is currently being cared for.

The boy is believed to have been born outside of a hospital environment as there were traces of blood on his body, according to the Good Samaritan, who has since appealed to the public to assist the child to survive.

It is unclear who the mother is, and the police have been informed about the incident which is being investigated.