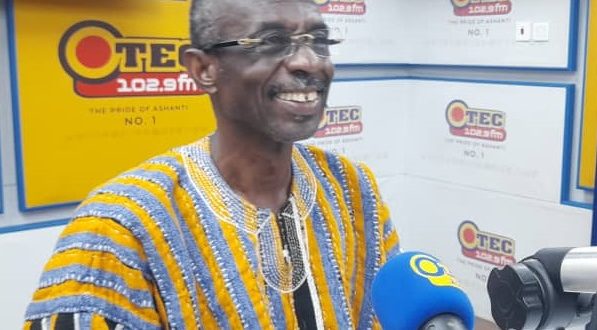 The General Secretary for the opposition National Democratic Congress NDC Johnson Asiedu Nketia has emphasized that the NDC cannot win any presidential elections without the help of Ashanti Region.

According to him, any political party in Ghana that jokes with Ashanti Region automatically loses general elections.

Speaking on the Dwabrem show, on the Kumasi based OTEC 102.9 Fm, on Friday August 19,2022, the former legislator said the NDC lost some presidential election due to inability to mobilize more votes in the Ashanti Region.

“Without the Ashanti region, there is  no way the  NDC  can win any general election in the country”.

got in the Ashanti region was low leading to our downfall”

“Whether you like it or not, there is no way that New Patriotic Party (NPP) could have won power in this country without the massive contribution from the loving people from the Ashanti region

, it is not possible, because if you compare the percentage of votes the New Patriotic Party (NPP) got from the Ashanti region, it cannot be compared to other regions, you could clearly see that Ashanti region alone contributed a lot in the 2016 general election which led to the victory of the New Patriotic party and i strongly believe the same assertion goes to the NDC”

“I can therefore say that Ashanti Region is the heart of the all  Patriotic Party in the country”. He told the host of the show, Dr Cash.

He noted that the NDC will from now on focus on the Ashanti region and work towards amassing more votes in the next general elections.