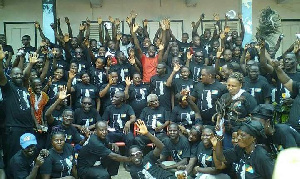 Twenty-One (21) Western Togolanders who converged at a local radio station at Ho in the Volta Region to demonstrate against the arrest and prosecution of their leaders have been picked up, MyNewsGh.com has confirmed.

A statement from the Volta Regional Police Command confirming the arrest of the suspects who are members of the Homeland Study Group, revealed that they came from Hohoe, Mafi Adidome, Abotoase, Adaklu, Ehi, Botoku, ,Liati, Aborlorve, Saviefe, Dededo, Weta, Adutor, Fodzoku, Battor, Hohoe and Atiavi for the intended demonstration but were picked up for unlawful assembly.

Others in the statement, came from Anlo Afiadenyigba, Volo, Dambai, Accra and Obuasi.

According to Corporal Prince Dogbatse who is the Volta Regional Police Public Relations Officer (PRO) “The arrest follows intelligence that member of HSGF were charged to demonstrate against the judicial process involving the trial of their seven members for treason felony,” the statement added and further cautioned the group that their “continuous agitation was unlawful and a recipe for a breach of the peace in the country.”

The Homeland Study Group Foundation last month declared independence for the Volta, and parts of the Northern, North Eastern and Upper East Regions after its meeting held in Ho.

The Ho District Court has however ordered the arrest of the leader of the Homeland Study Group Foundation (HSGF), Charles Kwame Kudzodzi and his gang over their unlawful declaration of parts of the Volta Region as a sovereign state.

This was after a number of them were arrested and put before court for taking part in the illegal activity.

They have been charged with treason and have been remanded into prison custody after the prosecution told the court that they would be needed to assist with investigations.

Last week, more persons were rounded up in Wa in the Upper West Region in their attempt to flee the country into neighbouring Burkina Faso. 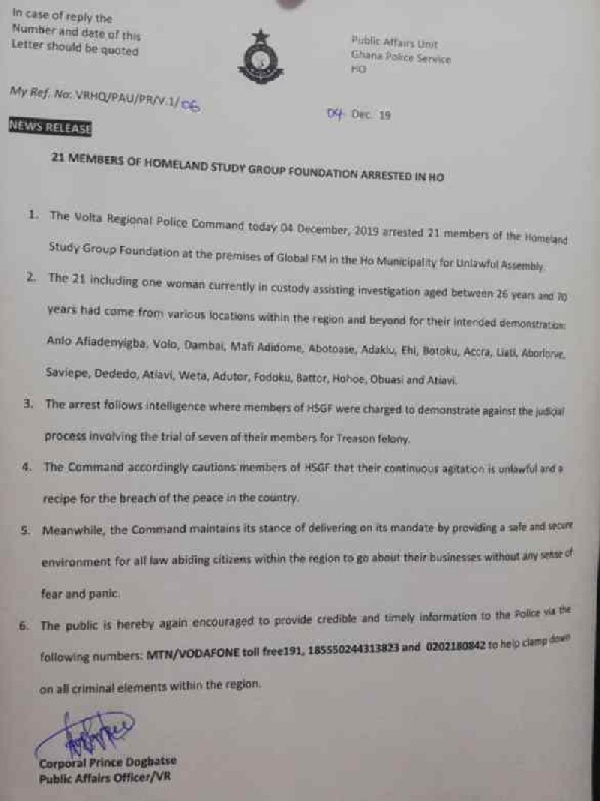