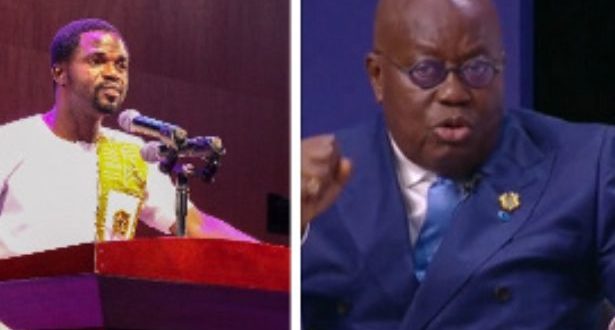 Share
Portions of Achimota Forest no longer a forest reserve

This is according to Executive Instrument 144

Minister Abu Jinapor denies the reserve has been sold

Manasseh Azure Awuni, an investigative journalist, has said, the majority of Ghanaians made a mistake in 2016 and 2020 when they voted for Nana Addo Dankwa Akufo-Addo as the President of Ghana.

He pleaded with the President to have pity on Ghanaians until he leaves office in 2025.

“Nana, kafra. We made an irreversible mistake. Have pity on us until January 7, 2025,” he wrote on his official Facebook timeline.

Manasseh’s frustrations comes after reports suggesting that the Government has gazetted an Executive Instrument (E.I.) to approve the redesignation, sale or development of Achimota Forest.

In an earlier post on his Facebook timeline, the journalist asked, “How have we wronged you, Akufo-Addo? You gave Atewa to the Chinese, and now you want to desecrate Achimota?”

A document from the Ministry of Lands and Natural Resource, making reference to an Executive Instrument, stated that the Achimota Forest Reserve is to no longer be regarded as a forest reserve.

“An Executive Instrument (E.I.) 144 gazetted on behalf of President Akufo-Addo by the Lands Minister Samuel Abdulai Jinapor indicates that effective May 1, 2022, the land on which the Forest is located shall cease to be a forest reserve.

“The President’s action was in accordance with Section 19 of the Forest Act, 1927 (CAP. 157) which gives him the authority to declare that particular land is no longer required as a forest reserve,” portions of the purported E.I. read.

Meanwhile, Samuel Abu Jinapor, Minister, Lands and Natural Resources, has dismissed reports suggesting that the Government has gazetted an Executive Instrument (E.I.) to approve the redesignation, sale or development of Achimota Forest.