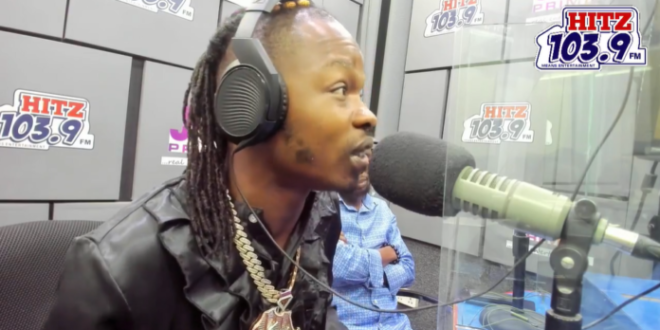 Nigerian superstar has labelled as false all rumours that he has a ‘no outfit’ policy in his house.

Rumours were that staff of Naira Marley walk around naked in his multimillion naira luxurious house in Lagos.

Gracing the studios of Hitz FM for his first 2022 radio interview in Ghana, the Marlian boss indicated none of such has ever happened, and he cannot even fathom how such news ever made headlines.

The I’m Coming crooner also clarified that he has never influenced people not to wear pant or underwear as reported.

Additionally, Naira Marley confirmed he has heard other “funny and crazy” rumours of stealing a car in Nigeria, as well as credit cards for which he was reportedly arrested.

While he still stands trial for the the credit card fraud allegations, he has maintained his innocence.

He is, however, not surprised as he has always been the centre of controversies, and he has been nicknamed the most notorious musician in Nigeria.

Naira Marley teased he is unperturbed by that description, adding that he is “at least influencing something”.