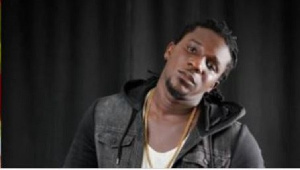 Ghanaian actor and musician, Zack has revealed how his ex-girlfriend, Bernice Asare reacted when he pretended to be on the phone with a different a lady.

During an interview with ZionFelix on the ‘Uncut’ Show, Zack recalled a strategy he mapped up when he was not getting Bernice’s attention.

He said the actress was mostly on her phone whenever she visits him.

According to him, this was at a time that WhatsApp was new in the system.

Zack stated that Bernice could chat for a long time and getting attention from her was not easy.

After thinking about this for some time, Zack averred he pretended as if he was making a phone call with another lady.

He relaxed and acted as if there was an actual communication going on. His then-girlfriend, Bernice Asare felt jealous and started asking who he was speaking with.

His silence led to Bernice smashing the phone.

Following this, Bernice Asare installed WhatsApp on his phone for him and he also became addicted to chatting on the app.

He added that what happened was not any serious issue because they settled it immediately.

Watch his interview with ZionFelix below.

Previous I’m not angry at Samini and Sarkodie for endorsing Akufo-Addo – Mahama clarifies
Next Livestreaming: Who wins the race to the White House?