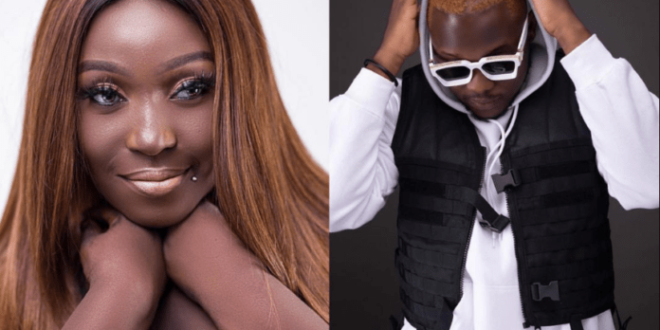 Months after the super-heated beef between rappers, Medikal and Eno Barony which interestingly took over Twitter for some time, Medikal has come out to say that he does not have any problem with his female colleague and that the whole beef was nothing personal.

He told Y107.9FM that he is not sure there is any relationship between them, however, he does not hold anything against her.

“On Twitter, I was just bored so I was having fun. It was nothing personal, just me trying to have fun and trying to bring attention on her, trying to put light on her and let people know that she’s actually very good”, he said.

The ‘Omo ada’ hitmaker confessed that Eno is a very dope rapper and that is something he has always been telling people. Talking about whether or not they will ever record a song together, he expressed positivity at the possibility.

“Everything is possible in this universe. I can’t say anything right now but obviously, as we are in this world and we can never predict tomorrow, it is possible that we can record songs together”, AMG Medikal further concluded.