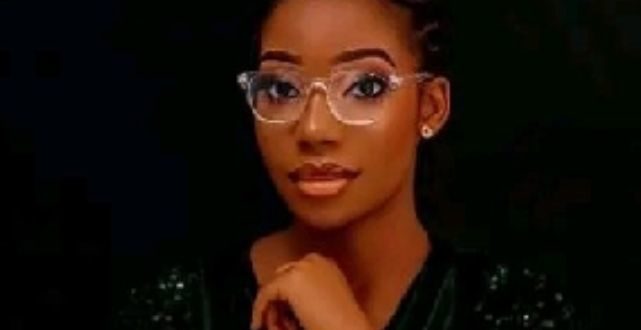 It is said that Sarima was taken away from Port Harcourt to Anambra State, through the means of hypnotize. Hypnotize is a form of mind control sorcery.

She found herself in a ritualist den in Anambra State, obviously to be killed for some sort of purpose. Onward their activities came confusion within them which lead to a serious squabble.
miraculously they drove her by themselves, all the way from Anambra to Assumpta junction in Owerri and left her there.

Fortunately, she was spotted by a good Nigerian, who saw her wondering, in a very confused state.

After some series of questions, she was able to give the lady her parent’s number and eventually she returned to PH. All thanks to God.
Twenty-year-old undergraduate student of Madonna University, Rejoice, Sarima Dike, who was reported missing by her father, Kenneth Dike, was found in Owerri, Imo State, today.

Mr Dike said he received a call from a woman in Owerri about a young girl wandering the streets and that he should come and check if it is his daughter. He said his daughter has been taken to the hospital for a medical checkup.
He also said that she has not been interrogated to ascertain how she got to Owerri. Sarima was declared missing on the 5th of January 2023 after she left her Port Harcourt residence on an errand.

Meanwhile, a Nine-year-old Chisom, who was reported missing by her parents, has finally found last week.
His mother, Ogochukwu Ezeonyiwara, told Nigeria info Radio Station reporter that she received a call from an OSPAC member in Igbo-Etche on Friday night.

She said an OSPAC member told them that their daughter had been found after escaping from a fenced bush where a man had beaten her and held her hostage for three days without feeding in Igbo-Etche and threatened to kill her if she screamed.

The mother, who said her daughter will turn 10 on Saturday, stated that despite her poor health, she could still remember her phone number. She said earlier that Chisom had been sent to fill gas in their area, along with her teenage housekeeper when she was kidnapped.