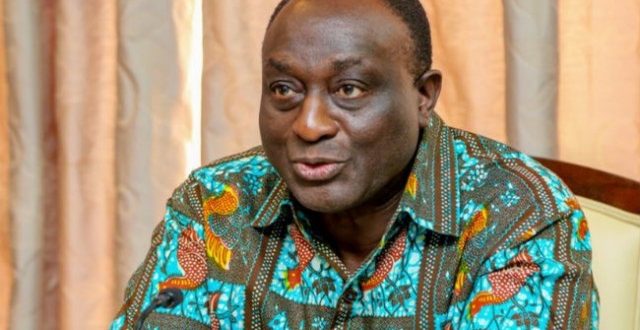 Minority to commence vote of no confidence against Alan

The Minority in Parliament has threatened to file a vote of censure against the Minister of Trade and Industry, Alan Kyeremanteng for “disrespecting” Parliament.Mr Kyeremanteng was expected to appear before the House today, Tuesday, 26 February 2019 to answer parliamentary questions but did not show up for a third consecutive time.Class News’ Parliamentary correspondent, Ekow Annan reported that, this did not sit too well with the NDC MPs as Minority Chief Whip, Alhaji Muntaka Mubarak described the minister’s action as deliberate and disrespectful to the House and threatened to initiate processes towards passing a vote of no confidence in him as Trades and Industry Minister.“I must say this is worrying. In February alone the Minister for trade and industry has written three times for his question to be deferred. Mr Speaker, there’s some deliberateness because when the president was here to read the State of the Nation Address all of them found time to be here. They prioritise coming to sit here so that the president will see them in Parliament,” Mr Mubarak said in his address on the floor of Parliament on Tuesday.“Mr Speaker, for a Minister in a space of just one month to have sought permission for his question to be postponed three times, three times! Mr Speaker, I just want to serve notice I will come with a motion of censure because the Minister doesn’t want to be a Minister because he doesn’t respect this House, he doesn’t want to come and answer to the people,” he added.The Deputy Majority Leader, Sarah Adwoa Safo, however, informed the House that the minister has written to Parliament seeking permission to travel to the UK with Vice President, Dr Mahamudu Bawumia for an Economic summit.According to her, since the minister is out of the jurisdiction, the question should be rescheduled to Friday, 1 March 2019.Source: Ghana/ClassFMonline.com