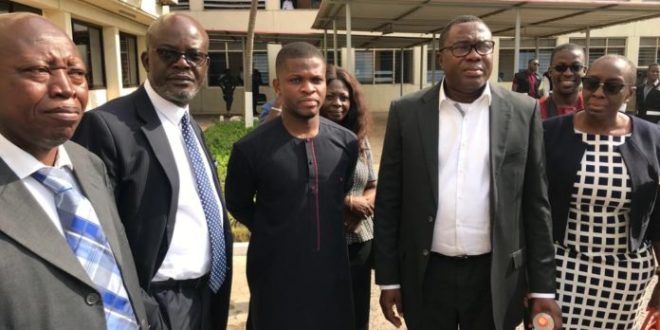 The national chairman of the National Democratic Congress (NDC) Samuel Ofosu Ampofo has officially written to the CID boss through his lawyers that he is unable to honour her invitation to him.

The Criminal Investigations Department of the Ghana Police Service has invited him again for questioning in connection with kidnappings and market fires across the country.

The invitation letter to Mr Ampofo read in parts that: “The Criminal Investigations Department of the Ghana Police Service has commenced investigations into cases of kidnapping and fire outbreaks in various parts of the country. Intelligence gathered indicates that some of these kidnappings and fire outbreaks are being orchestrated by unidentified groups, persons and individuals. Some of the persons picked up for interrogation and investigation have mentioned your name as part of a grand scheme designed to cause fear and panic in the country.”

However, lawyers of Mr. Ampofo in a letter dated May 9, 2019 called the bluff of the CID saying, “we take the respectful view that since our client is not under arrest for the alleged offences, he is legally entitled to decline your invitation. We have therefore advised him accordingly.”

Excerpt of the response signed by a former deputy attorney general, Dr. Dominic Ayine reads: “Having carefully reviewed your letter against the background of the ongoing prosecution of our client, we are unable to resist the conclusion that your invitation and so-called investigations into kidnapping, arson and other crimes is collateral to the on-going criminal trial, and that its purpose is partly to prejudice our client’s defence.

“Further, our client views the letter of invitation as reflective of an undeniable pattern of political harassment and intimidation which violates his fundamental human rights, particularly his constitutional rights to personal dignity and political association that is devoid of intimidation and harassment. On our part, while we appreciate that every citizen has a constitutional duty to assist law enforcement agencies in the discharge of their mandate, our considered view is that the current invitation constitutes a gross abuse of the investigative and prosecutorial powers of the police as a public institution.

“We take the respectful view that since our client is not under arrest for the alleged offences, he is legally entitled to decline your invitation. We have therefore advised him accordingly.”

The latest invitation comes at the time Mr Ampofo and the deputy communication officer of the NDC, Kwaku Boahen are facing charges of conspiracy to cause harm and assault against a public officer following a leaked tape during a meeting of party officials.

As part of strategic communication plans for the NDC going into the 2020 elections, Ofosu-Ampofo allegedly gave his blessings for the communicators to verbally attack the Peace Council chairman Professor Emmanuel Asante.