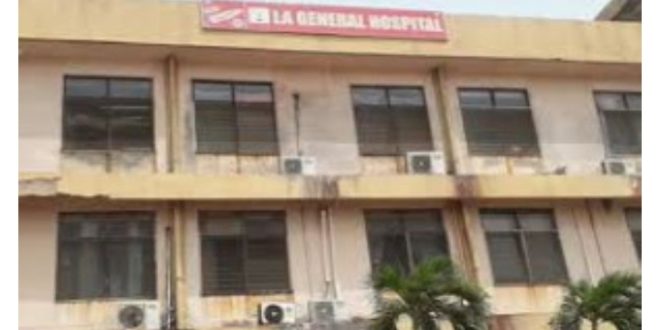 Share
The Minority in Parliament is demanding accountability of the €680 million Euros approved by Parliament for the La General Hospital project in Accra.

The hospital was pulled down in 2020 for the construction of a new one at a cost of €680 million Euros.

However, almost two years after President Akufo-Addo cut sod for the project, the site is still bare to the chagrin of residents.

The Minority has, therefore, joined residents of La Dadekotopon in demanding immediate construction of the demolished La General Hospital.

Speaking to Starr News during a visit by the Minority to the area, Ranking Member on Health Committee of Parliament, Kwabena Mintah Akandoh says he suspects the funds might have been misapplied as the residents suffer.

“I have been thinking since yesterday, and I think that it could also be that probably they have used the money for another thing. As usual you this government, you can prove me wrong and I want to be proven wrong. If indeed, they have not misapplied the money should come to the site and work.

“The Minister lied on the floor of the House, you can check the records in the Hansard, series of excuses and promise to commence the construction and we are here. A facility which cost over 68 million Euros and you have only one trip of sand and only one trip of gravels on the site,” the Juaboso MP disclosed.

He continued “What at all shows that the Contractor is even serious, from all indications work is even not going to commence now. Even the field is weedy you are seeing it for yourself. We are talking about health facility for Christ seek.”

The Member of Parliament for the area, Rita Naa Odoley Sowah has questioned the rationale behind the pulling down of the entire facility in the name of building a new one.

According to her, accessing health care has become an arduous task for her constituents.

“The people of La are in pain. We need a health facility. We are calling on President Nana Addo Dankwa Akufo-Addo to put up the hospital for us,” she demanded.

Previous Will you be able to govern the country should a coup occur? – A/R Minister rebukes NDC
Next Newmont Ghana employee commits suicide