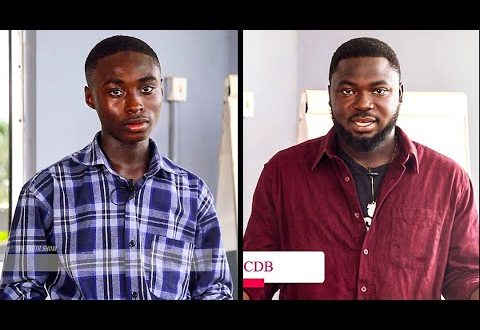 Technology they say is the application of scientific knowledge for practical and life-changing purposes. This concept has been embraced by almost every country and Ghana is not an exception.

Ghana’s slow but progressive foray into the technological world has not gone unnoticed with young Ghanaians coming out with impressive things.

One of these young innovators is Ibrahim Mohammed, a 15-year-old boy who has been repairing and innovating electrical appliances.

He is from Suhum (Top oil) in the Eastern region of Ghana but currently resides in Amasaman in the Ga West Municipality of the Grater Accra region.

Mohammed started his innovation and fixing of electrical appliances at Suhum, where he hails from.

According to him, whenever sees any damaged electrical appliances, he would pick and repair it.

He got his motivation from His mother who urged him that he should never stop or give up doing it because it is his future. Mohammed says since then, he has been fixing and repairing spoilt bulbs and other electrical tools.

Mohammed first realized his innovative calling was when he repaired spoilt radio equipment owned by woman in their area.

He took it from it and repaired it nicely and ensured it was working effectively. But when he returned it to the woman, she didn’t accept it. She instead asked young Mohammed to take it as a gift.

From that day, Mohammed says, he has been working on his craft with support from family. Now, Mohammed can fix “dead bulbs and bring them to life again.

Not only damaged bulbs and appliances are his forte, he also uses rejected building materials to create helicopter. With the helicopter, Mohammed used motor and other metal objects to operate it. Though it cannot fly, it is able to move to a certain distance.

In his interviewed with MultiCDB,he revealed that that he want to work with the founder of the leading Automobile company in the country Apostle Kwadwo Sarfo Kantanka to grow his craft.

He also appealed for support from benevolent agencies to help grow his nurture and grow his talent.