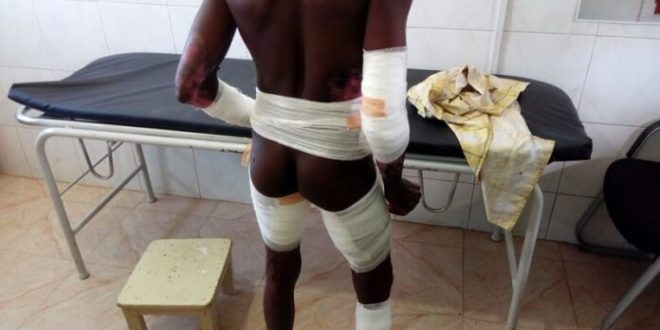 Farmer sustains burns after he mistakenly set fire to petrol

A 40-year-old farmer at Assin Brofoyedru in the Assin Fosu Municipality of the Central Region, Robert Kwame Ziga, has suffered severe burns after he mistakenly set fire to petrol when he was about to cook.

According to the victim, after trying unsuccessfully to lit fire to cook, he saw a liquid in a gallon around which looked like kerosene hence decided to use it.

But when he struck the match, a huge flame burst out and burnt most part of his body including his genital area, arms, thighs, stomach, and the kitchen roofing.

Residents rushed to his aid and quenched the fire after hearing him screaming.

The victim, has, however, resorted to treating his burns at home due to financial hardship.