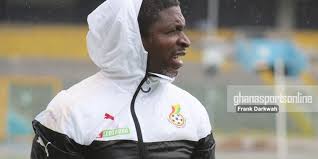 Ghana assistant coach Maxwell Konadu has been sacked from his position with just four months to the 2019 Africa Cup of Nations, Ghanasoccernet.com insiders close to Ghana FA Normalisation Committee have revealed.

His position will be taken by the assistant coach of Danish side Nordsjaelland, Masud Didi Dramani, who will join Ibrahim Tanko on the bench of the team at the tournament in Egypt in June.

Ishmael Hamidu will also be replaced as the equipment officer of the Black Stars in the massive shake-up being done by the Normalisation Committee under the guidance of coach Francis Oti Akenteng.

The revelations are part of the secret plans being finalised by the Normalisation Committee before is it announced to the affected duo who are unaware of the plans to sack them.

Konadu, who also doubles as the head coach of the Local Black Stars, will be asked by the Normalisation Committee to focus on the home-based national team.

His position will be taken by Didi Dramani who is highly regarded thanks to his extensive coaching and experience with working with a top-flight side in Denmark.

The change will come as a major shock for Konadu who was angling for the opportunity to work at the tournament in Egypt as the Black Stars seek to end their trophy drought.

The Black Stars have qualified for their eighth straight time since 2006 and will face Kenya in the last qualifying game in March to decide who tops Group F.

Ghana has not won the AFCON title since 1982 and have managed to feature in two finals in the last decade.