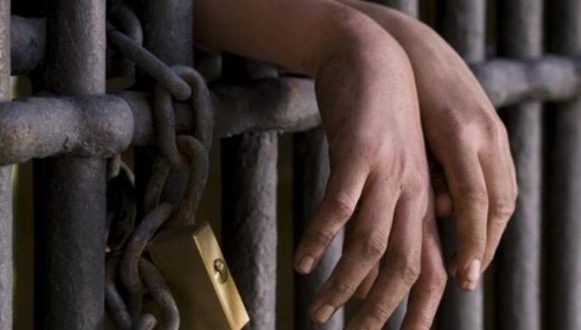 Man gets 6 years for stealing excavator parts at Akyem-Apinamang

Share
The Asamankese Circuit Court has sentenced a 29-year-old excavator caretaker to six years imprisonment for stealing excavator parts and selling same at Akyem-Apinamang in the Eastern Region.

The convict, Patrick Amoah, will serve his jail term in hard labour.

He was convicted on his plea when he appeared before the court presided over by Abubakar Abass Adams.

However, his accomplice, Stephen Ampiah, who pleaded not guilty, was discharged after the trial.

According to Chief Inspector Susan Ayaric, the prosecutor, the complainant is a Nigerian businessman residing at Boadua, whilst the convict is a caretaker of the excavator at Apinamang.

His accomplice is a scrap dealer residing in Accra.

According to the police, sometime in January 2020, the complainant travelled to Nigeria to raise funds to repair a faulty excavator.ppa01a

The police told the court that the convict sold parts of the Hyundai 450 excavator parked at a mining site to the scrap dealers at ¢82,000.

The scrap dealer, the prosecution stated, made a part payment of ¢64,000.

Upon receiving the money, the convict purchased a Toyota Collora with registration number GR 980-12.

The complainant, the police said, after returning from Nigeria on March 9, 2020, reported the case to Akwatia police, who proceeded to arrest the caretaker and the scrap dealer in Accra.

They also impounded the Toyota Corolla as part of the police’s investigation.

When they were arraigned, Mr Amoah pleaded guilty to charges of stealing and conspiracy to commit a crime, to wit, stealing.

Previous Robbery suspect shot dead in gun battle with police
Next Woman crushed to death after attempting to lift 180kg weight in gym,