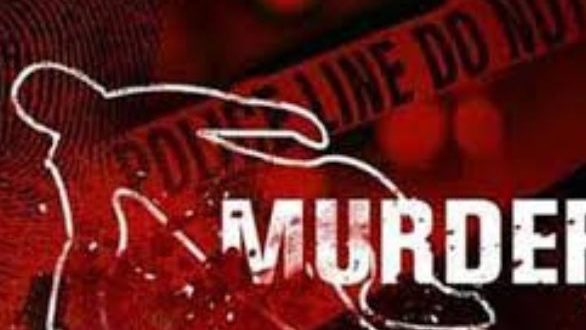 Share
A farmer has been arrested by the Walewale Divisional Command of the Police Service for allegedly murdering his 3-year-old daughter and assaulting his 22-year-old wife.

The suspect identified as Haruna Adam, a resident of Yesezi, a community near Yagaba in the Mamprugu-Moadugri District, according to preliminary police investigation subjected his wife and daughter to a machete attack after his wife refused to give him soap to take his bath.

He said the police on Tuesday received a report on the matter and upon arriving at the scene, established that the suspect had a quarrel with his wife over bathing soap.

Haruna Adam reportedly locked his wife and daughter up in a room and subjected them to severe beatings with a machete.

“He fled the scene after committing the crime but he was, however, pursued by community members to a nearby community called Guruma, arrested and handed over to police,” the police PRO stated according to a Daily Guide report.

The police on arrival at the scene found the lifeless body of the deceased lying in a pool of blood in the accused person’s room with deep machete wounds on her right upper chest and her neck.

The wife of Haruna Adam who survived the attack by her husband is said to be on admission at the Sandema Government Hospital where she is receiving treatment.

Meanwhile the suspect has since been remanded into custody after he was arraigned before the Walewale District Court on Wednesday.

Previous ‘You’re a hypocrite’ for being silent under Akufo-Addo – Appiah Stadium confronts Rev. Asante
Next Today at the newsstands