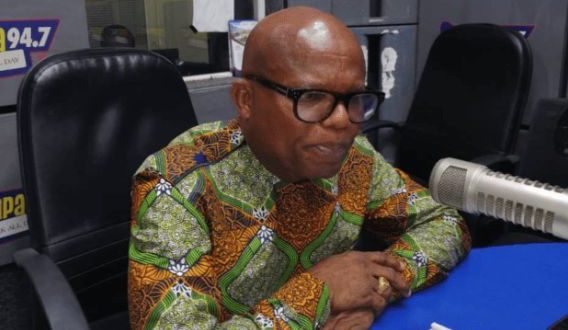 There is a seething anger in Ghana’s Local Government Service because 240 of the workers are to cough up Gh¢6,000 each for a promotion-interview training.

The directive to pay the money is from the Office of the Head of the Local Government Service (OHLGS), according to a letter sighted by The Fourth Estate.

The letter says the money is meant for organising “a three-day High-Level Residential Refresher Training Workshop to prepare the officers for the impending interview”.

The Local Government Service has directed the candidates to pay the money into an Absa Bank Gh Ltd account by Wednesday, March 23, 2022.

“The amount will be used to cater for the training materials, accommodation, feeding as well as the administrative cost of the interview,” the letter explains.

Some local government service workers are angry about the content of the letter because those to be interviewed take less than Gh¢4,000 home at the end of the month, and the amount being charged was almost twice their monthly salaries.

This country is on Fire

Some employees of the Local Government Service have told The Fourth Estate that the service was using the so-called interview preparation to extort money from employees. According to them, the service knew the employees desperately needed promotion and could not afford to be left out.

“Later, they took Gh¢5,000 each from another batch of workers. I don’t know what has emboldened them this time to increase that amount to Gh¢6,000 in this Ghana.”

Another official believed that the authorities who instituted the cash-for-seat-promotion scheme did not live through such “an oppressive system” themselves when their promotions were due.

“This is just a way to hide behind something and rob the people. This country is on fire! We need a voice,” she said.

This is not new, Local Government Service reacts

When The Fourth Estate reached out to the Local Government Service on the matter, the Chief Director, James Oppong Mensah, confirmed that the letter was authentic. He said the amount each potential interviewee was supposed to pay was, indeed, Gh¢6,000.

He said the service had charged Gh¢5,000 for the previous interview preparation workshop, but this year the hotels had increased their prices so the Service increased the fee for the interviewees.

When asked about the proposed venue for the training and who the facilitators would be, the Chief Director said he would not disclose that to The Fourth Estate.

He was unhappy that the employees had expressed their disapproval to the media instead of the management of the Local Government Service.

“They should have regard for the Service. Why should they go to a journalist?” he told Manasseh Azure Awuni at the head office of the Local Government Service in Accra.

“It’s not compulsory. They are not under compulsion to pay,” he said, adding that if someone was not able to pay the money and attend the preparation, they would still be allowed to take part in the interview.

When asked whether he did not see the amount being charged as very high, the Chief Director said even if the employees felt it was high, they had to use the right approach. They could have reached out to the Local Government Service for a negotiation, instead of going to the media.

Payment and participation is almost compulsory

Some staff of the Local Government Service, however, say the payment is almost compulsory. They say those who are not able to pay could easily be targeted and victimized.

A planning officer expressed fears things might get worse for his colleagues in the local government service if schemes of this nature were not stopped.

“It doesn’t happen. You don’t have to go and pay for any promotion. Where are they going to get that Gh¢6,000? The truth of it is that it is robbery,” he said.

Deprived communities will bear the brunt

Deprived communities will eventually suffer the “pointless and extortionate” demands directed at the workers who are due for elevation in the Local Government Service, a top-ranking official told The Fourth Estate.

“The net salary of Deputy Directors, after-tax and SSNIT deductions, is not up to Gh¢4,000. And you are asking them to pay Gh¢6,000 for a promotion interview,” he said.

“After they have paid this money and have become Coordinating Directors, they are going to take public funds to pay back the money you unjustifiably took from them for the promotion interview.”

“The job of a District Coordinating Director is to implement government policies and projects― provide water, schools, et cetera. The money that is supposed to be used for water, they are coming to find a way to inflate the contract sums and claim it. The ripple effect will be on the community people. These are the things that corrupt the whole nation, making the cost of everything high. These are the things,” he lamented.

Previous Pig farms at Tepa hit by swine flu
Next The Inside Story: How Corporal Nyame fell from best recruit to deadly criminal before death