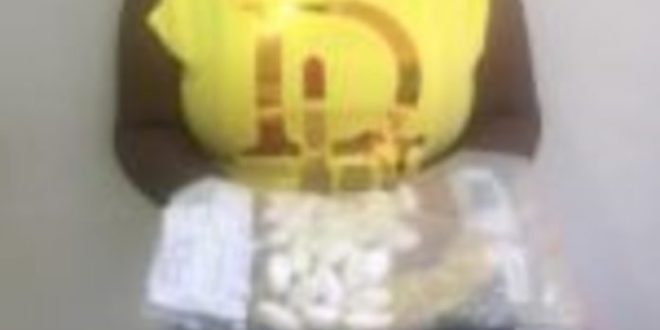 An Accra High Court has sentenced a Liberian national to 10 years imprisonment for attempting to smuggle cocaine, a narcotic drug through the Kotoka International Airport (KIA) to Bangkok, Thailand.

The court, presided by her Ladyship Justice Mary Ekua Yanzuh, on Wednesday 31st August, 2022, after the conviction of Ms. Wolo Maikplay Margaret, also fined her 10, 000 penalty units. In default, she will serve three years additional term.

The accused pleaded guilty to two counts of attempted exportation and possession of a narcotic drug without a Minister of Health licence, in violation of sections 36 and 37 of the Narcotics Control Commission Act, 2020 (Act 1019), respectively.

The presiding judge, however, found her guilty on her own plea on each count to run concurrently.

Ms. Wolo Maikplay Margaret was apprehended by Narcotics Control Commission (NACOC) officers on the 14th of May, 2022, while transiting through KIA from Monrovia to Bangkok-Thailand onboard Qatar Airways.

A total of thirty (30) pellets containing cocaine weighing 277.2101grams were retrieved from beneath her breast and Vagina when commission officials conducted a physical search on her after receiving a tip off from a sister security agency at KIA.

The commission also emphasised that the possession and attempted transportation of narcotic drugs are still illegal and punishable under domestic law.

It also assures citizens of its ongoing commitment to keeping the influx and smuggling of all types of narcotic drugs to a minimum through collaboration with the relevant stakeholders.