Police at Begoro arrest herdsmen in connection with suspected arson 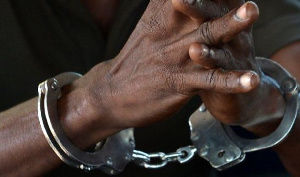 Two herdsmen are in the grips of the Begoro District Police in Eastern Region for setting fire to a forest reserve in the area and also allowing their cattle to destroy the farmland of some farmers in Begoro.

In an interview with GBC Sunrise FM, the Begoro District Manager of the Forest Services Division of the Forestry Commission, Omane Amankwah, confirmed the arrest.

Omane Amankwah revealed that it has become rampant for the Herdsmen to go into the Forest reserves during the dry season and set it on fire which is against the law.

Mr. Amankwah said, “the herdsmen were arrested with their calves after they set the forest ablaze which is illegal”.