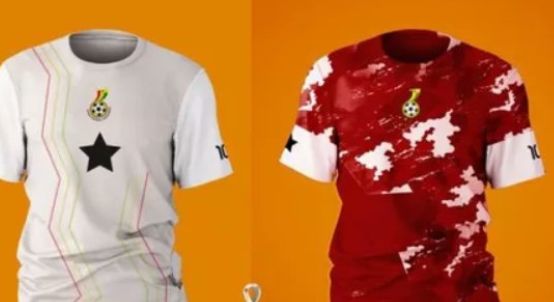 The Black Stars of Ghana’s current home-kit is features white, grey, and some shades of black on the arms.

The away jersey has also been designed in a similar manner but has its dominant colours as yellow and black.

However, new Black Stars jerseys for both home and away have been circulating online, with reports claiming that they will be used by the team at the World Cup in 2022.

The kit which bears the PUMA logo, is made of a shiny and desirable white format with a red, gold, and green stripes on the front.

The away uniform, on the other hand, has been designed in an all-white pattern with a touch of white while the sleeves being dominated by the white colour.