The National Disaster Management Organisation (NADMO) says the indiscriminate siting of structures in the Ashanti Region capital, Kumasi, caused the recent floods in the town.

NADMO blames the haphazard siting of structures on the failure of the Kumasi Metropolitan Assembly (KMA) to discharge its mandate.

According to Ashanti Region Coordinator of NADMO, Kwabena Senkyere, the failure of the Assembly to regulate where structures like containers are placed is compounding the already insurmountable challenges facing the city’s planning system.

Kwabena Senkyere said in an interview with Joy News’ Erastus Asare Donkor on Monday that the flooding situation will only stop if the Assembly takes steps to ensure proper siting of structures.

Residents in Kumasi were devastated by floods on Thursday afternoon, disrupting activities planned for the day.

The body of a 13-year-old girl identified as Louisa was swept away by the floods at Asabi close to Asokore Mampong.

Her body was recovered at Manhyia on Friday morning.

“We the Assembly members are also part of the problem because we sometimes allow people to put containers everywhere. But you cannot put your container anywhere…it might be in a waterway. We don’t have flood in Kumasi but we have built on the waterways,” Mr Senkyere who is also an Assembly member told Joy News’ Erastus Asare Donkor. 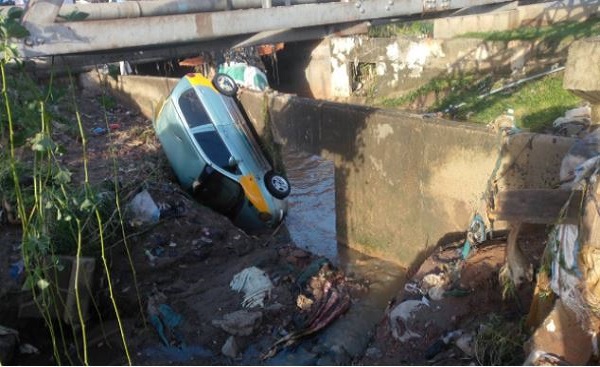 In a response to why the buildings in waterways have not been demolished, he said the Assembly lacks the spirit to demolish.

“It is the fault of the Assembly. Even if you have a permit, the Assembly can withdraw the permit and compensate you but if we don’t have enough to compensate then we will leave it there,” he said.

Mr Senkyere hopes that by the end of the year, a Legislative Instrument allowing NADMO to embark on demolishing exercises will come into force. “As I am talking to you now, I have sent memos to the assembly that there are some weak structures in the system that we have to get rid of,” he said.

Bishop Daniel Obinim has made another epic appearance on social media, and this time around, …