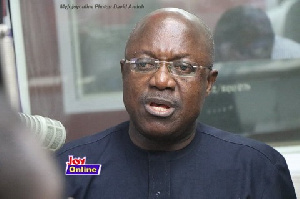 The National Identification Authority (NIA) says it has printed enough national identity card application forms or oath of identity forms to serve all Ghanaians both home and abroad and, therefore, claims by some registration officials of shortage of forms are “untrue.”

“Claims of shortage of forms at a registration centre can only be artificial or pretextual, and constitutes misinformation of the public and unfair treatment of prospective applicants,” the NIA said in a statement.

The statement comes on the back of reports by some applicants that they are being turned away by NIA officials at registration centres with claims of shortage of forms.

But the NIA said such conduct by its officials brings the name of the NIA into disrepute and “accordingly, appropriate disciplinary action will be taken against NIA officials found to be implicated in such conduct.”

The NIA urged the public to report any instance of extortion, bribery, corruption or other criminal or improper conduct of NIA officials to the Police.

Below is the full NIA statement:

Previous Martin Amidu sacks two police investigators assigned to his office
Next I’ll descend into the gutters with Kweku Baako; he is a fool – Owusu Bempah