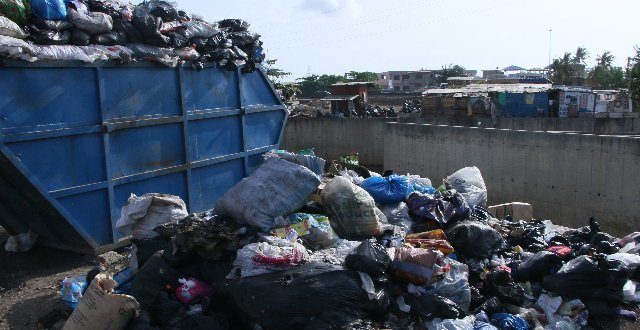 The Kumasi Mayor has ordered municipal and sub-metro environmental officers and waste management directors to submit a report on the Ashanti regional capital’s waste and sanitation challenges.

Osei Assibey Antwi said the officers should also include in their report a recommendation within one week for study and appropriate action.

According to him, the move places a responsibility on the Kumasi Metropolitan Assembly’s (KMA) ‘Keep the City Clean and Green’ campaign on waste management and environmental administrators.

“Next week, I’m expecting that they will get me a detailed brief of what took place during the Metro Environmental Walk. They will have to give me the problem statement, the real situation and how they are going to deal with the problem.

“We want them to be responsible towards their area,” he told Luv News.

He issued the directive during a field inspection trip around the city, dubbed ‘Metro Environmental Walk’ on Friday.

The call is not surprising as city authorities have expressed worry over pockets of unsanitary conditions in some parts of Kumasi.

KMA Chief Executive, as part of the campaign to end such behaviour and keep the environment green, charged the citizenry to be directly accountable for sanitation in their immediate environment.

The Walk gave Mr Antwi a first-hand appreciation of the situation in Subin, Nhyiaeso, Krofrom and other areas.

He believes comprehensive plans by the administrators are crucial in tacking the challenge.

Isaac Bassanyin, head of KMA’s Environmental Health and Sanitation, revealed that five people have been prepared for prosecution and 30 abatement notices have been served to those dumping waste at unauthorised areas in Kumasi.

“We have placed bins at vantage points but there are recalcitrant people who are still dumping on streets and pavements and we want to apply the by-laws,” he disclosed.