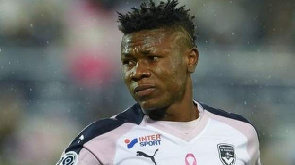 The mother of Nigeria international Samuel Kalu has been released after being kidnapped by gunmen six days ago, according to Nigerian police.

Ozuruonye Juliet Kalu was abducted on 27 February as she travelled home in the south-eastern city of Abia.

It is unclear whether a reported ransom was paid, but authorities confirmed her release around 23:00GMT on Monday.

“It is true that she was released to her family,” Godfrey Ogbonna of Abia State police told BBC Sport.

“I can also confirm that investigations are ongoing to arrest those responsible.”

“We will make a public statement as soon as more details emerge but for now, she is safe and reunited with her family at home.”

Previous [email protected]: Ghana Beyond Aid within our reach – Akufo-Addo
Next Ghana at 62: Nkrumah must be celebrated, not denigrated – Mahama