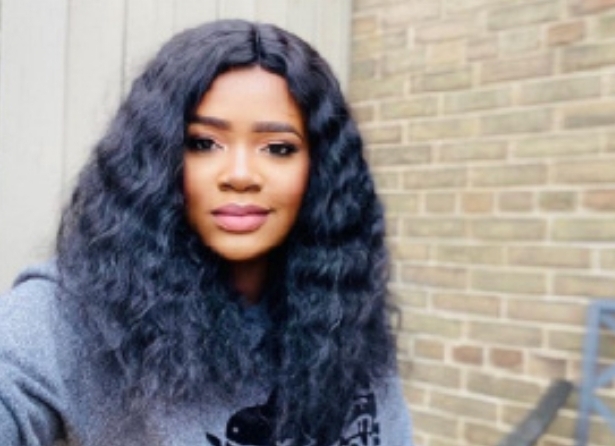 Kafui Danku exposes the man who duped her in 2020

Kafui Danku shares photos of a man who scammed her

My friend warned me about Omegapro investment, Kafui Danku says

Actress Kafui Danku has published images of a man, whom she disclosed made away with her 100 dollars under the guise of an investment package.

The actress in a Facebook post on Tuesday, February 1, noted that the scammer who gave his name as Henry Cole convinced her to invest with a group called Omegapro trading and investments but she has not been able to have access to her money to date.

Her bank reached out to inform her about a detected fraudulent activity but she let it pass since the money involved wasn’t huge.

Kafui has shared images of the man who introduced him to the investment group which friends earlier warned her not to invest with them.

In the post, Henry was pictured with some prominent personalities in Ghana.

“This guy here with the name Henry Cole which I don’t believe is his real name contacted me in 2020 to introduce Omegapro trading and investments… I asked him more about the investment packages since I was already trading with a different company. He told the packages which sounds too good to be true. I told him point blank that it sounded too good to be true so I’ll try it with a 100 dollars. I usually will test investments I don’t trust between 100-500 USD so just in case “Yawa pai” So I opened an OMEGA PRO investment account and paid in 100 USD.

“My bank called immediately to alert me about a fraudulent transaction but because it was just 100 USD, I told them to authorize it,” the actress noted.

Kafui added that she conducts checks on products and services before endorsing and introducing them to her followers.

She furthered: “Henry has been asking me constantly from last year to check the account because the money has mature and if I don’t withdraw, it won’t yield anymore profits but I wasn’t keen on but his persistence made me decide about fortnight ago and the lo and behold, I cannot login. There was no means of logging in, the same account I opened myself now is invincible miraculously. After I mentioned to him I couldn’t log in, he came back days after that the US and Canada have blocked the “platform”.” 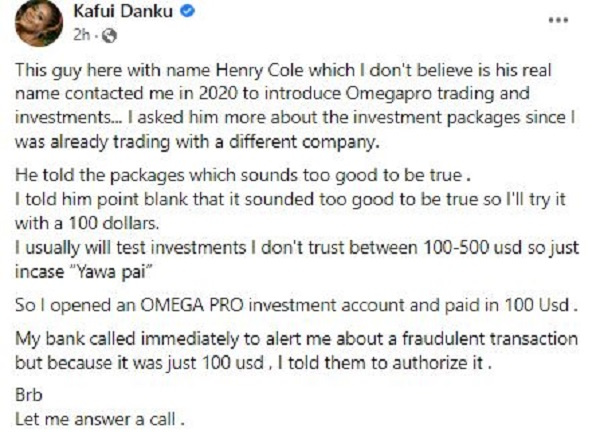