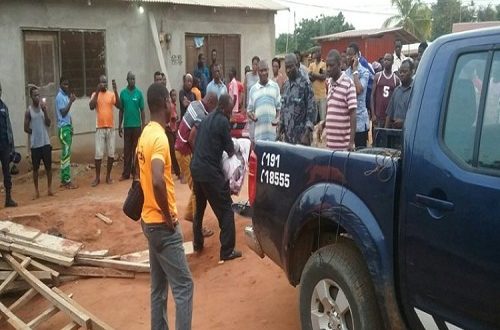 A journalist with Accra-based TV Africa has been reportedly shot during a joint security operation on Saturday [April 18, 2020] at Changli a suburb of Tamale in the Northern Region Tamale.

It is still unclear the reason for the dawn strike but the security returned to the community and resumed the operation leading to the injuring of the TV Africa’s Regional Reporter, Baba Kamil, who has been rushed to the Tamale Teaching Hospital.

Residents who were massing up to besiege the police station have been dispersed by the security forces who are chasing dawn fleeing residents amidst firing of warning shots.

The Residents have responded to the new presence of the security forces in the community by throwing stones demanding them to leave the area.

Authorities of the troubled community have conveyed a meeting to discuss way forward to calm tensions and restore peace.

The chief in the area has asked to speak with the regional minister, Salifu Sa-eed or the Tamale Mayor, Iddrisu Musah Superior.

Many residents believe the security raid was in connection with an assault incident that occurred last Thursday in which a female police officer was beaten for coming to the area to arrest a suspected thief.

Meanwhile, Northern Regional Crime Officer, Superintendent Otuo Acheampong has denied the journalist was shot by his men and suspects it could be the residents instead.