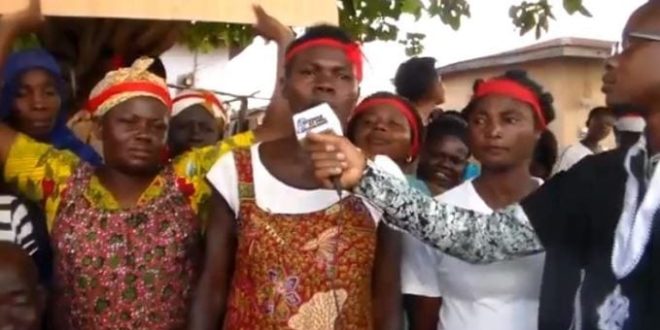 Women in Nkorang, a farming community in the Atwima Nwabiagya South District of the Ashanti Region have bemoaned the high rate of maternal mortality in the community due to poor road network.

According to them, many of them have had miscarriages on their way to attend antenatal in different Communities because of the poor nature of the road.

Expressing their grievances to Pure FM’s Osei Kwadwo, Women in Nkorang communities said sleeping with their husbands has become a nightmare due to pains they go through when they get pregnant and need to seek medical care in other areas because there is no health facility in the community.

“We have charged our husbands to force the government to fix our roads else they should forget sleeping with us. We can’t take the pains any longer”, they warned.

Asked why they are taking such a decision and if it would not affect their marriages, they disclosed that they are afraid to sleep with their husbands because they are scared of getting pregnant.

“It is so pathetic to get miscarriage due to poor road network” they said.

The Chairman of Concerned Citizens of Nkorang Francis Danquah during the launch of the association, explained the poor nature of the road has become a serious nightmare to the residents in the community.

According to him, both maternal mortality and robbery cases have increased due to poor nature of the road.

He therefore appealed to government, stakeholders and NGOs to come to their aid to address challenges affecting the progress of the community.