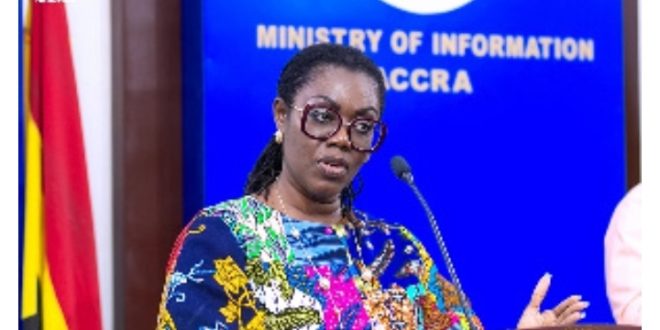 In what capacity is Kofi Attor acting? – Ursula Owusu questions

Ursula Owusu-Ekuful, Minister for Communications, has questioned the capacity in which an advisor to the Speaker of Parliament, Kofi Attor, acted when he received an official delegation to Parliament.

According to her, she cannot comprehend why the Clerk of Parliament directed the former MP for Ho in a memo to join the leadership of Parliament to receive a delegation, when there are public officials in the House.

“In what capacity is he acting??

Earlier, some reports said Speaker Alban Bagbin had appointed Kofi Attor to act in his stead by receiving visitors in his absence.

In the said reports, this was part of Bagbin’s scheme to give the NDC more mileage in the conduct of Parliamentary business in the legislature.

The reports further said the Speaker ignored his First and Second Deputy Speakers, Joseph Osei Owusu and Andrew Asiamah Amoako, and went ahead to allow the former NDC legislator to represent him in a meeting with an international organisation.

But the Parliamentary Service has denied the reports.

In a statement issued, the Officer of the Speaker of Parliament said that Kofi Attor is only the special advisor to the speaker and was assigned to perform a duty on behalf of the Speaker which led to him being referred to as acting speaker in a news publication.

“In the instance under reference, Hon. Kofi Attor was assigned to receive a message, intended for the Speaker, from a delegation of Medicine Sans Frontières, an international medical humanitarian organization.

“That assignment cannot make him the acting Speaker of Parliament. It must be pointed out that the delegation was in Parliament primarily to meet with the leadership and the Health Committee of Parliament, which they did,” the statement said.

It further stated that “the said publication is just one of the mischievous attempts to court public disaffection and ridicule for the Speaker and bring him into disrepute.”

The office added that all the staff of the Parliament Service including the former MP (Member of Parliament) were at the disposal of the Speaker to assist him to perform his duties. 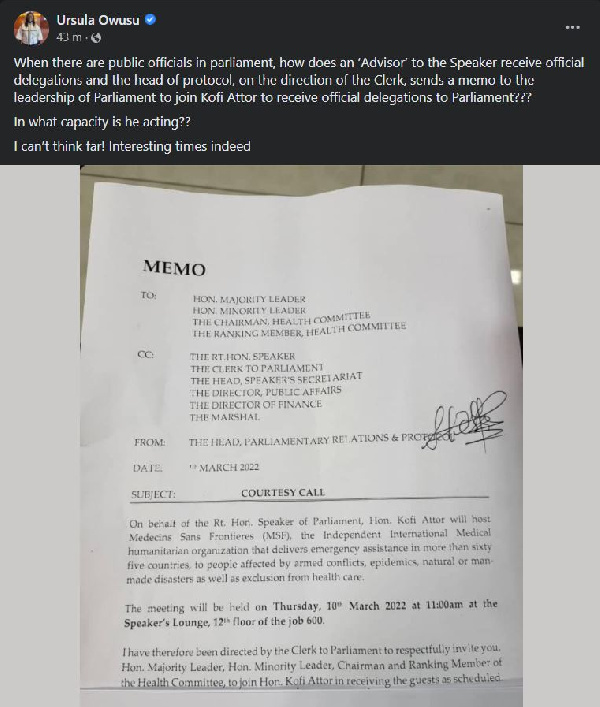