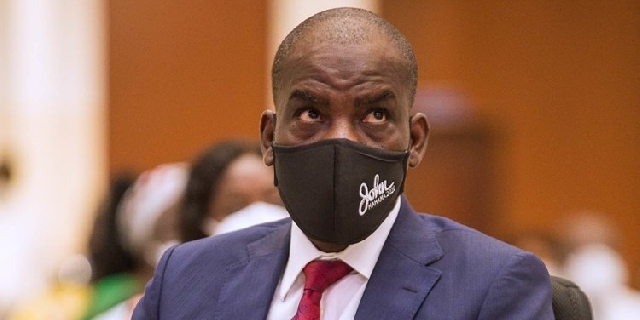 The National Democratic Congress (NDC) caucus in Parliament has cited the government over breach of the Presidential Transition Act, 2012, Act 845 as it reveals that government is yet to submit a handing over note to Parliament contrary to section 7 of the Act.

But addressing the Press Corps, leader of the NDC caucus, Haruna Idrissu revealed that no such documents have been submitted to Parliament yet.

He is, therefore, demanding that the government respects the spirit and letter of the Presidential Transition Act and submit a handing over note to Parliament.

He said: “So we are demanding respect to the letter and spirit of Act 845 that all handing over notes of ministries, departments and agencies are made available to parliament.

“That, I believe will be helping our work as an institution that exercises oversight and particularly for the appointments committee of parliament which is about being set up so that this year, vetting and scrutiny of ministers will not all be about curriculum vitae but we can go into records of persons who have exercised as ministers or heads of institutions or supervised heads of institutions”.