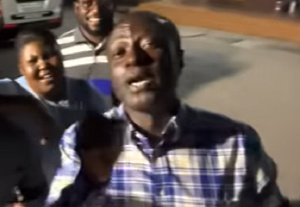 ‘I saved Akufo-Addo’s life in 2006, he would have died like a chicken’ – Captain Smart 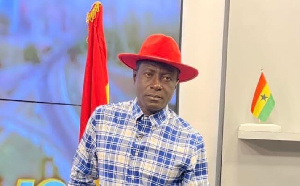 Captain Smart the host of Onua FM’s morning show has alleged that he once saved the life of President Nana Addo Dankwa Akufo-Addo who would otherwise have died a miserable death.

Speaking about his recent arrest on the Thursday, October 20 edition of his show, the journalist whose full name is Blessed Godsbrain Smart indicated that he realised on the night of his arrest that he is very important than the President.

He said that even though there was traffic during the rush hour, he had a dispatch rider escort them to the NIB office at Kanda for interrogation.

“How can one Captain Smart be given a presidential escort?” he asked while recounting his ordeal on TV.

“The presidency is involved in galamsey,” Captain Smart reiterated the point that eventually led to his arrest.

“…the so-called security apparatus wants to scare journalists; me [they can’t]. They should go and ask Kan-Dapaah, Addo Kufuor, J.A. Kufuor or even Nana Addo, who I saved his life in 2006; like he would have died like a chicken, ask him. Ask him that when he was taken to his hometown, Kibi, and we were returning to Accra, ask him what happened on our way. I saved Nana Addo’s life, you are all sick, ask Akufo-Addo, he will tell you,” he said.

“After he told him that he would have given me one of his daughters, ask Akufo-Addo. That time, Gabby Asare Otchere-Darko was in London sweeping the streets,” Captain Smart added.

He warned that nobody should worry him because he knows where he came from and where he is going.

“Ask Akufo-Addo who saved his life in 2006, when you meet him ask him. When we came to Accra he was asking what I wanted and I told him that I don’t need anything. My responsibility is to make sure that you live, because I believed in him from 2005…,” Captain Smart noted.

The Onua FM/TV morning show host was arrested by officials of the National Investigations Bureau (NIB) on Wednesday evening, October 19, while on his way home from work.

In the early hours of Thursday morning, October 20, 3news.com, a portal belonging to the Media General group reported that he had been released after he was granted bail.

According to the report, after his initial arrest, Captain Smart “was later found at the Interrogation Unit of the Bureau.

“He was there and then interrogated in the presence of some senior officials of Media General. He was later released on bail.”