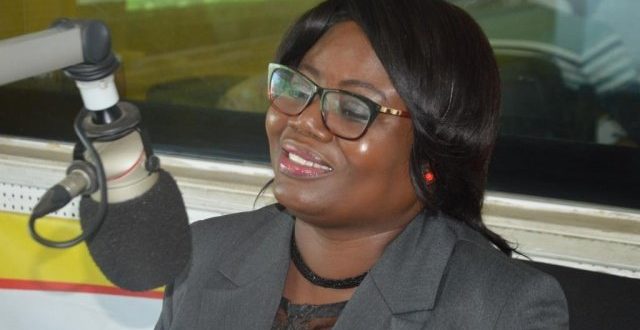 CID boss COP Maame Tiwaa Addo-Danquah has said becoming a cop was not by accident because she had planned to become a law enforcement officer at the tender age of seven.According to her, the sharpness of a police woman and the undercover work of two detectives in her hometown at Asante Akyem Banka, inspired her to become a cop.Narrating her experiences in life, Mrs Addo-Danqauh said: “This job didn’t come to me as an accident. I dreamt of becoming a police officer at the age of seven and this was because, as a child, whenever I was on my way to school, I saw a policewoman at a police rented quarters always looking smart for work. I admired her a lot and that gave me the interest to become a police officer.”“What convinced me even the more to become a cop was the work of two detectives at my hometown in [Asante Akyem Banka]. There was a murder in my hometown and nobody could trace the killers. However, two gentlemen, all of a sudden, appeared in our town as labourers looking for jobs. One was a drunk and the other spoke Hausa [language]. After six months in the town, these two gentlemen, one day, were seen with a lot of policemen in a police vehicle arresting those believed to have committed the crime. It was then that we realised the two men were not drunks or labourers as they made us believe, but rather, undercover police officers. Their work inspired me and I swore to be a cop from there,” she said in an interview on Accra-based Atinka TV with Abena Dufie Sarpong on Saturday, 11 May 2019.Before her promotion as the CID boss, Mrs Addo-Danquah was the Deputy Director of the CID. She was made to act as the Director-General when the substantive post holder, COP Bright Oduro proceeded on leave prior to his retirement on 3 January 2018.She was later confirmed as the substantive CID boss.Before her rise to the CID as Second in Command (2I/C) in January 2017, she was the Second in Command at the Police Intelligence and Professional Standards (PIPS) directorate.Source: Ghana/ClassFMonline.com