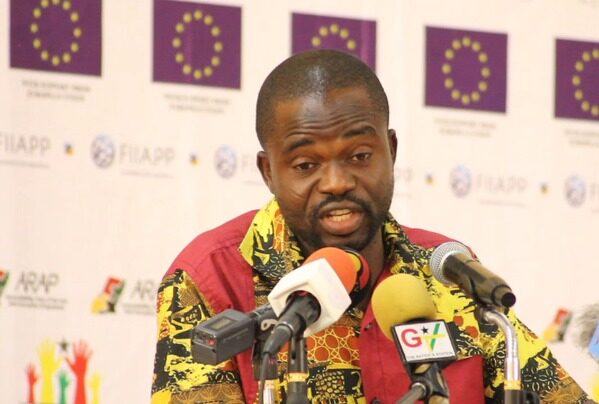 Manasseh confess to voting for Akufo-Addo

Ace investigative journalist, Manasseh Azure Awuni, has said that his admission of the Nana Addo Dankwa Akufo-Addo government as a disappointing one is by no means an endorsement of John Dramani Mahama’s administration.

Manasseh is firm in his conviction that the John Mahama government was a bad one and nothing will make him change his mind.

He holds that the current government is a worse version of the one it came to replace but that doesn’t clean the previous government of its inequities.

“When John Mahama first appeared on the presidential ballot paper in 2012, I voted for him. I convinced those within my circles to vote for him.

“Four years later, when he appeared on the ballot paper for re-election, I voted against him and convinced those I could to vote against him. That was in 2016.

“In 2020, I didn’t vote. But if I were to vote, I would choose Mahama over Akufo-Addo. Akufo-Addo, in my view, has turned out to be worse than Mahama.

“Does that mean I regretted voting against Mahama in 2016?

“Do I owe Mahama any apology?

He also shot down claims that people peddled falsehoods about Mahama’s government, questioning why the government then did not set the records straight on those issues.

“We gave him an opportunity and he misused it. If he and his team had paid attention to the concerns of the people and prevented the scandals, he could have won a second term.

“Ghanaians will not fall for those ignorantly saying lies were peddled against Mahama. He himself knows the issues were true, and in some cases, they were worse than those that eventually were reported. The whole nation cannot be stupid enough to fall for the lies of one journalist on many different issues.

“If the journalist was peddling the lies, were there no people in the government or the party who knew the truth or had facts and could point them out?” he quizzed.

Manasseh further listed some of the scandals that rocked Mahama’s government as justification for his decision to vote against him in 2016.

“The “dumsor” that crippled businesses were real. The GYEEDA, Subah, SADA, bus Branding, and other scandals were real. They were things that happened.

“We made no mistake voting him out of office. In the circumstances we found ourselves in, there was a great yearning for change, the call for a new direction, and the breath of fresh air.

“It’s true that Akufo-Addo has turned out to be worse. But to say that Mahama deserves an apology would mean we offended him.”